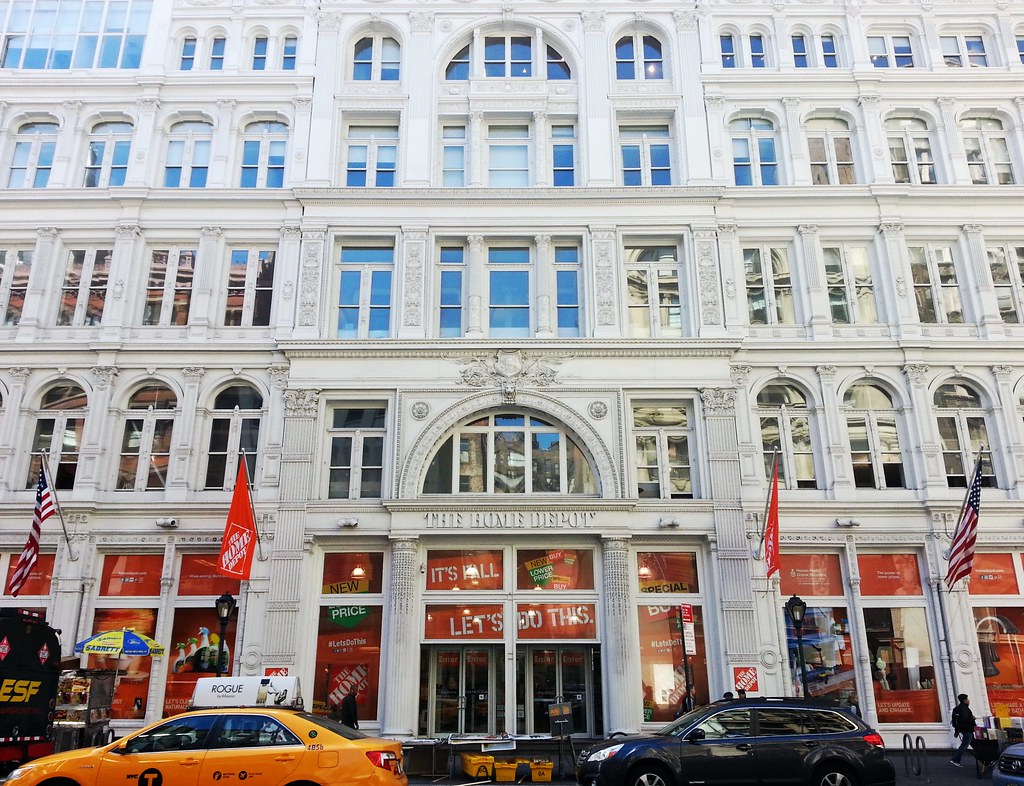 Situated on 23rd Street in what used to be the Ladies' Mile shopping district ("a nine-block-long stretch of architectural grandeur that once epitomized elegance in Manhattan"), this building, whose central section dates back to 1878, was originally the Stern Brothers dry goods store. In the mid-1980s, it was converted into office space and a showroom for the Hasbro toy company, which blocked off its first-floor windows to keep passersby from stealing glances at the next season's products. During the Hasbro era, the building also appeared in the movie Big as the home of the toy company where Tom Hanks's character worked.