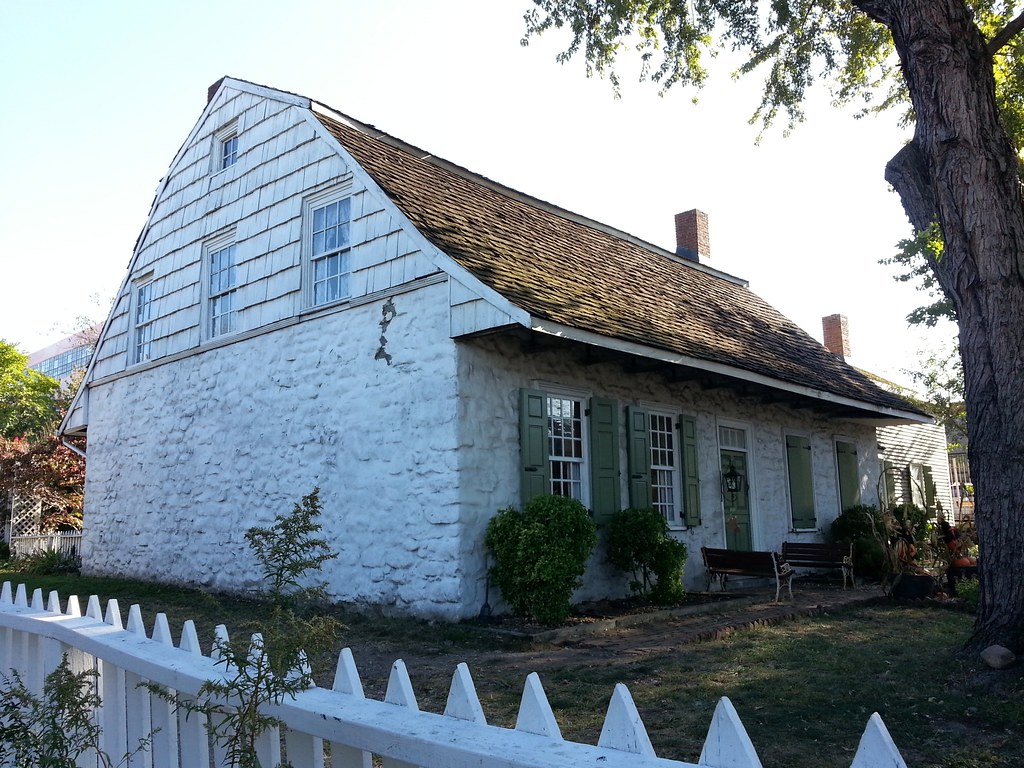 According to the Greater Ridgewood Historical Society, this house, which now serves as a museum, dates back to 1709. The NYC Landmarks Preservation Commission, however, reports that, based on its architecture, the structure looks to have been built no earlier than the mid-18th century, and possibly as late as the first quarter of the 19th century, although the commission's report suggests it's possible that "parts of the foundation or stonework of the house exist from an earlier period of construction and that the house was enlarged, rebuilt, or remodeled." Regardless, much of the current building is actually considerably newer: the house was reconstructed in 1980-82 after being severely damaged by a fire in 1975. Prior to the fire, the building had been used by various 20th-century owners "as a scrap glass business and livery stable, a speakeasy, the office of a greenhouse company and a factory for spare parts for the Apollo space program".

Sitting in the house's backyard, enclosed by a white picket fence, is a large rock that was unearthed by city workers in 2000 at the direction of a local Queens historian. Some believe (though many disagree) that the rock is Arbitration Rock, a glacial boulder that was used in 1769, "along with a heap of stones and an oak tree, to mark the border between Kings [Brooklyn] and Queens Counties, ending a bitter boundary war that had festered for more than 100 years."

Day 478: A lesson in tire stacking