Site of the Dongan Oak 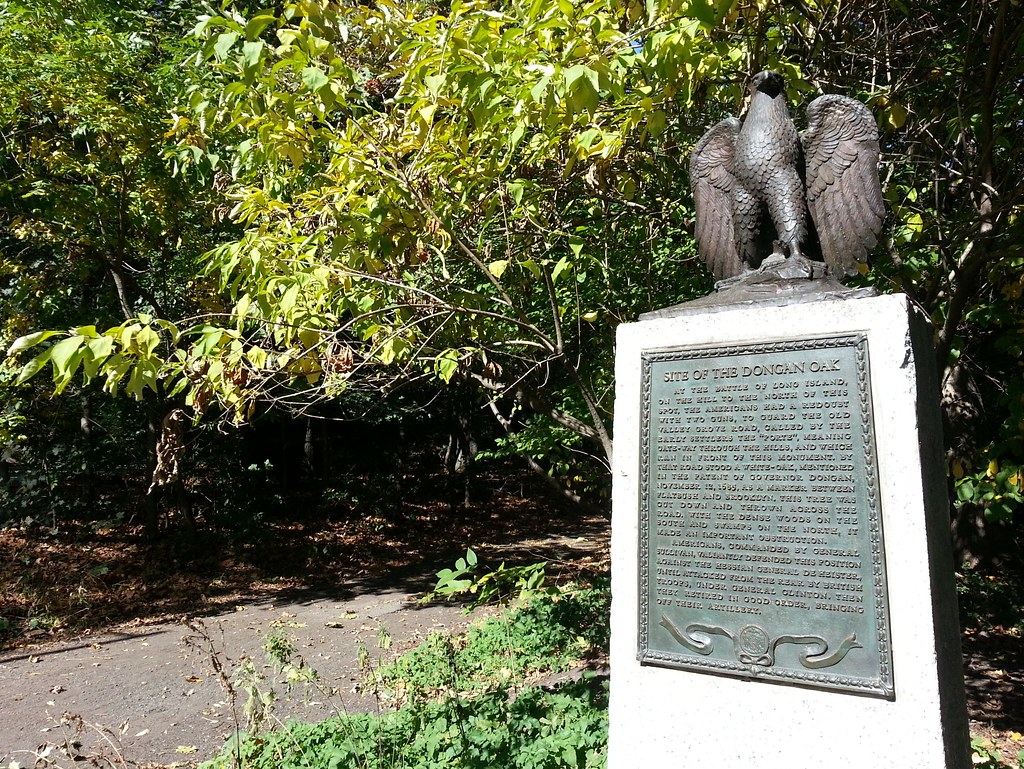 The Dongan Oak was "a large white oak mentioned in 1685 in the patent of Governor Thomas Dongan [that] was cut down by Colonial soldiers and thrown across the road to impede the advance of the British army" during the Battle of Long Island. This monument, one of several Revolutionary War memorials found in Prospect Park, "commemorates the contribution of this important tree". It was dedicated in 1922, but the eagle on top has been stolen and replaced twice since then.