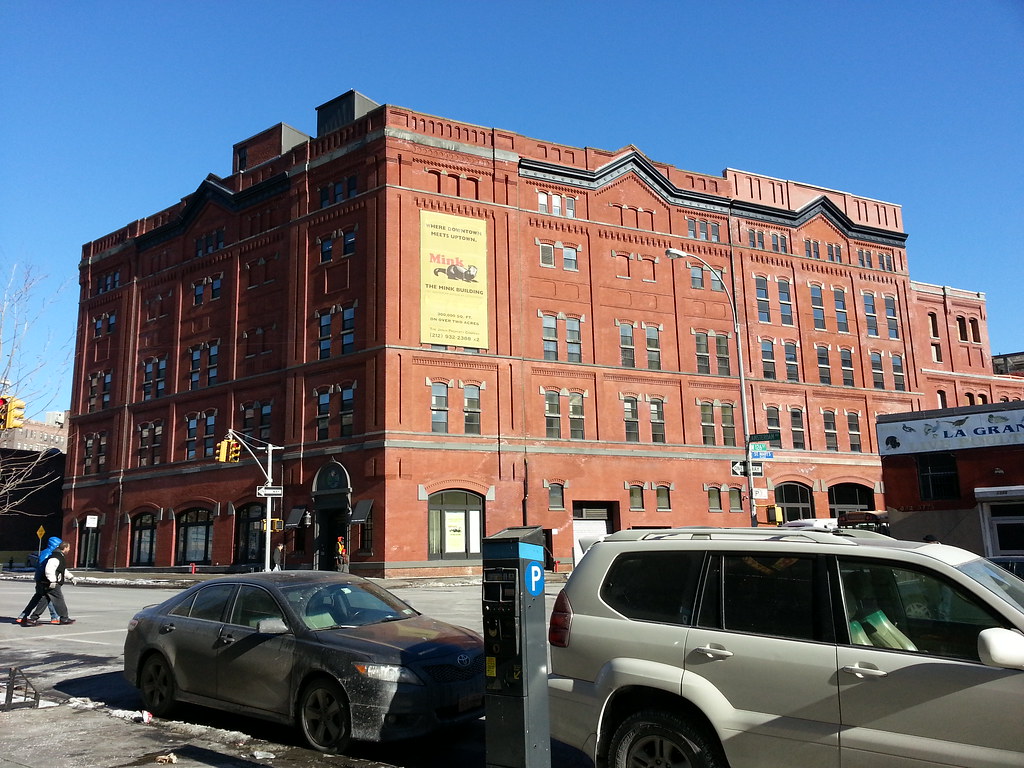 This building, named for its former use as a summertime storage facility for fur coats, was originally the Bernheimer & Schwartz brewery, completed around 1905. A quick search of the NY Times archives reveals that the brewing company suffered a string of tragic and sometimes bizarre deaths among its executives and their families over a four-year period starting in 1909.

First, the wife of a vice president committed suicide by "inhaling illuminating gas" after becoming extremely anxious over an ailing grandchild. The next year, in 1910, the president, Anton Schwartz, shot himself six weeks after his son died of an illness at the age of 24. In 1911, Simon Bernheimer, head of the company, was attending a Shriners' band rehearsal. He had long dreamed of playing the bass drum in this highly regarded band, and he was finally given a chance when the band's regular bass drummer didn't show up. A short while later, he dropped dead mid-song. And in 1913, after testifying in a lawsuit against the company, Simon's brother Max, then serving as president, suddenly fell to the floor dead in the courtroom.