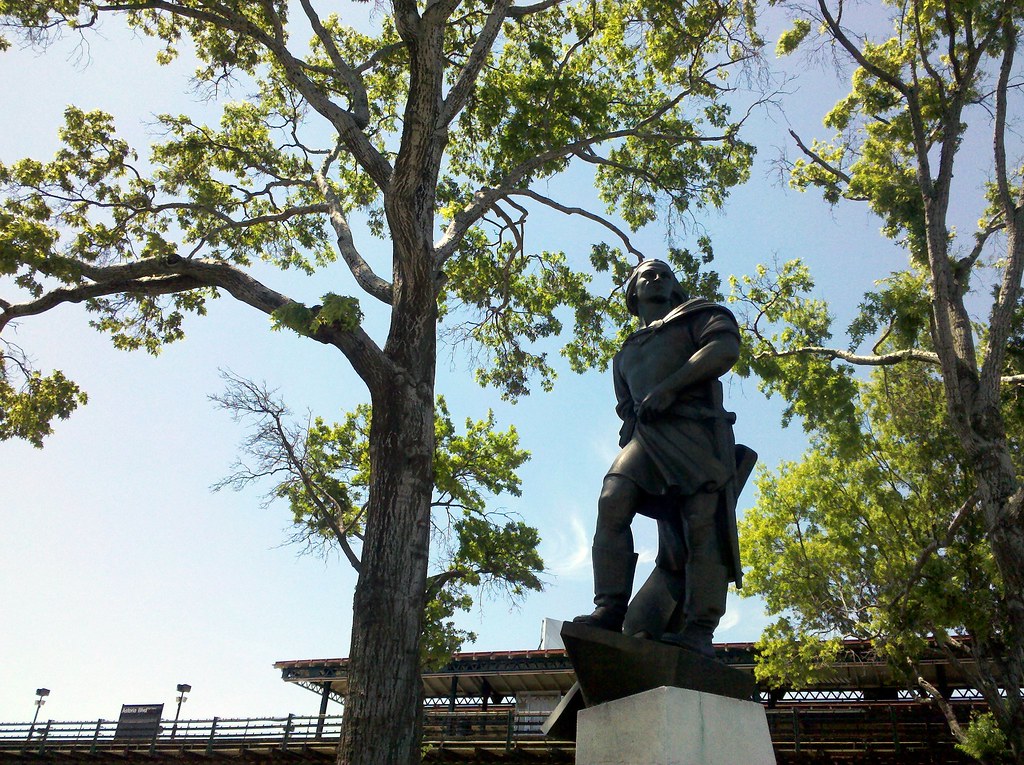 This monument to Christopher Columbus was unveiled in 1941, but no one had yet secured funding for a pedestal at that point. Residents of the area became worried that, without a place to mount it, their statue might be taken and used as scrap metal in the massive World War II recycling effort, so they hid it in the basement of Queens Borough Hall. After the war, as you can see, they were able to raise enough money for a stone base on which the sculpture was permanently installed.