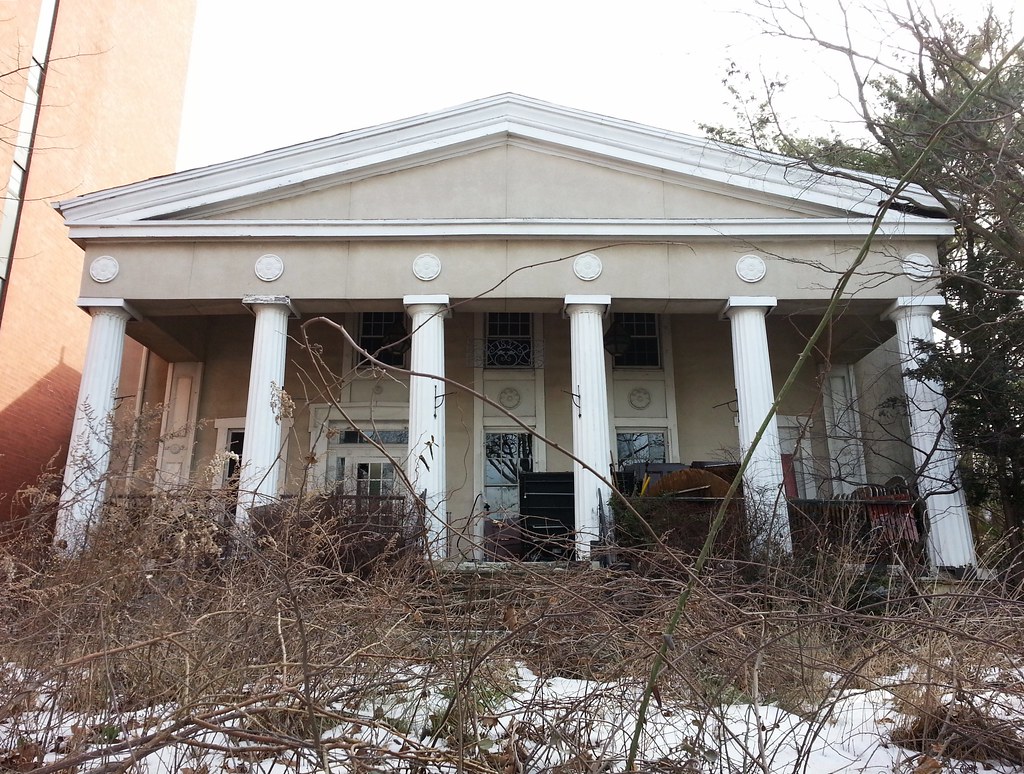 Erected in 1835, this is the last remnant of Temple Row, a series of "early 19th-century Greek Revival mansions built by wealthy New Yorkers and Southern planters along Richmond Terrace when the view across the Kill Van Kull was more pastoral." Until fairly recently, the building was being used as a catering hall named Pavilion on the Terrace. It was run by a Czech immigrant who installed, much to the chagrin of preservationists, a "remarkable sinuous, petaled fence" (photo) along the front of the property, and decorated the ballroom with "a large mural of the Milky Way, busts of Nefertiti, a large canvas backdrop painted to look like a Parisian cafe, and similar touches."