The beacon of Bayonne 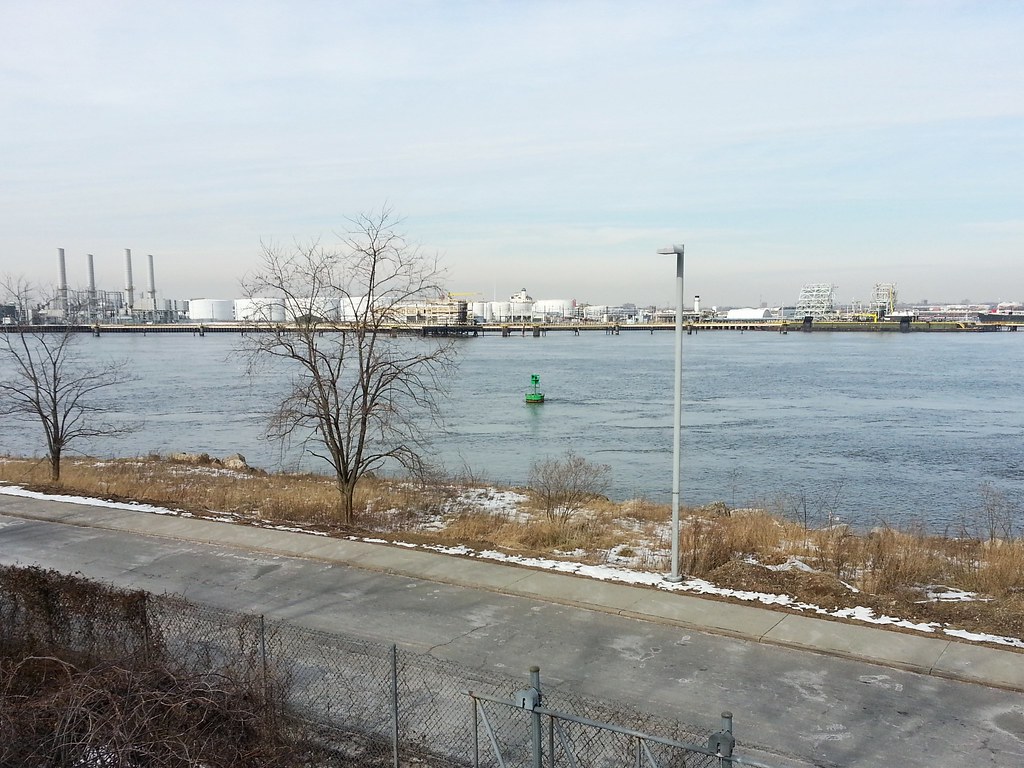 Roughly in the center of the photo, on the New Jersey side of the Kill van Kull, hovering up above the big cylindrical tanks that occupy much of southeastern Bayonne, there's what looks to be a lighthouse. (You can see it more clearly if you zoom in.) I first noticed it a few years ago and just assumed it was a lighthouse, but I never remembered to sit down at my computer and find out for sure.

As impossible as it seems, especially from this angle, it's actually the clubhouse of the $100 million-plus Bayonne Golf Club, a 130-acre Scottish links-style course built atop "a 38-acre municipal landfill and a tract formerly owned by PSE&G that was once considered for a nuclear power plant." (You can see some great shots of the place in this stupid promotional video.) Sited on the waters of Upper New York Bay, amid the industrial landscape of eastern Bayonne (satellite view; bird's-eye view) but only five miles from Wall Street, it's one of the most expensive golf courses ever built, constructed out of 700,000 cubic yards of harbor dredgings, along with "mountains of construction debris and topsoil". Membership in the club is by invitation only, with an initiation fee somewhere around $200,000.

(About two miles farther north along the Hudson County waterfront, even closer to Manhattan, is Liberty National Golf Course, another ultra-exclusive course built on a brownfield. Liberty National opened in 2006, the same year as Bayonne; it was even more expensive to build and costs even more to join.)