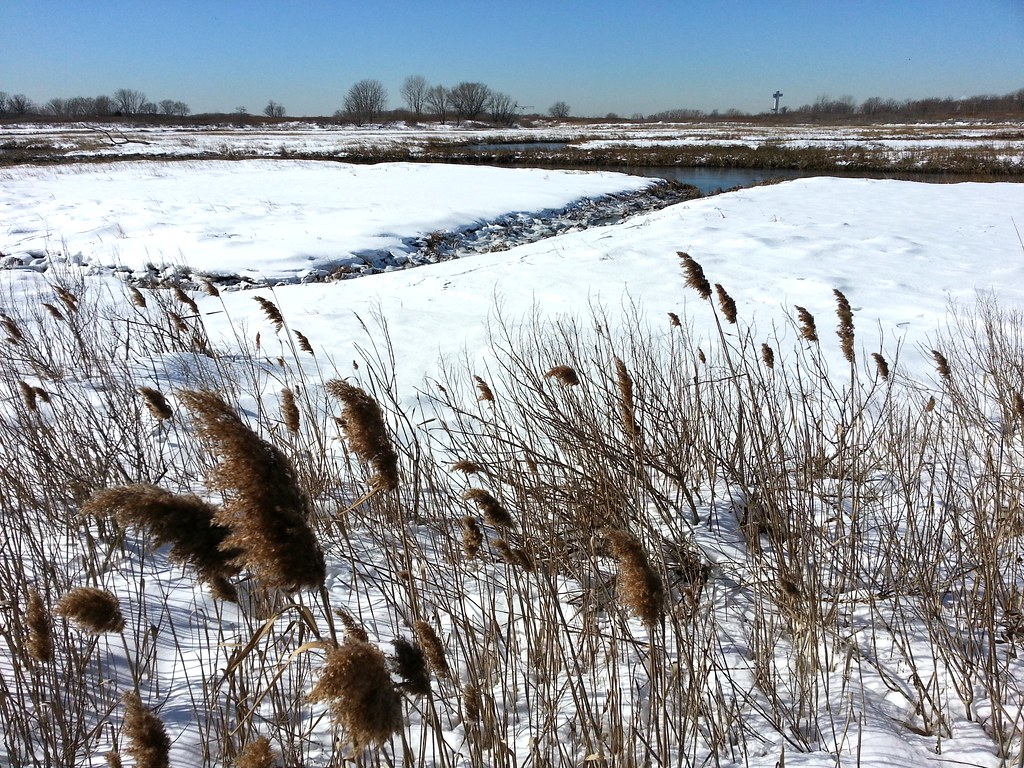 Idlewild Park Preserve preserves the name of Idlewild Airport. (The airport's name was officially changed to New York International Airport before it opened, but it was still popularly called Idlewild.) In late 1963, after the assassination of John F. Kennedy, the airport was renamed in his honor. Looking out over the marsh here, you can see the JFK air traffic control tower off in the distance.