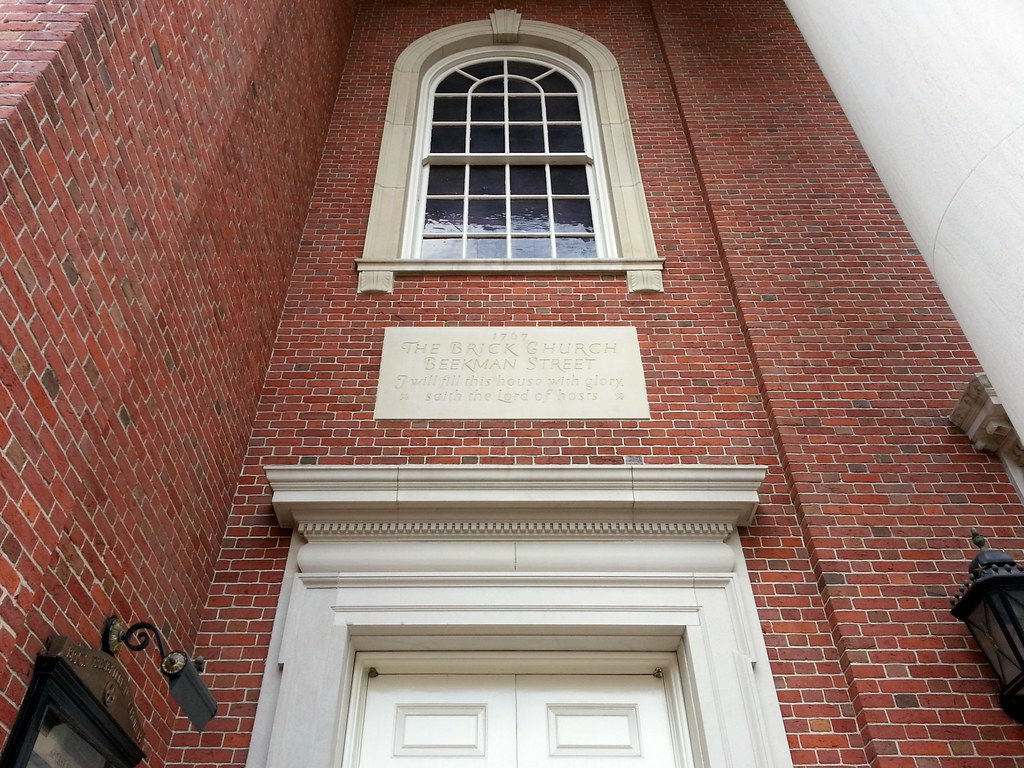 As the text inscribed above the doorway indicates, the first incarnation of this Upper East Side church was built around 1767 down on Beekman Street. That structure served the congregation until 1856, with the exception of several years during the Revolutionary War when the British used it briefly as a prison and then turned it into a hospital. The second Brick Church opened in 1858 on Fifth Avenue and 37th Street, and the present building was dedicated here at Park Avenue and 91st Street in 1940.

Tucked away in a little indentation in the facade is a stone that reads "PVB Livingsto 1767". It is apparently a replica of a foundation stone from the original church building; Peter Van Brugh Livingston was an elder of the congregation who, according to the church, "was instrumental in securing" a perpetual lease for the site on Beekman Street, which a 1909 NY Times article described as "about the finest piece of property the city owned . . . that very choice bit of real estate bounded to-day by Nassau and Beekman Streets and Park Row". (Full disclosure: the Times's headquarters occupied the same site for almost half a century after the church left in 1856.) A history of the church published in 1909, whose release prompted the aforementioned Times article, offers a different opinion, however, saying that "the property in question had in 1765 comparatively little value. . . . [The land] was on the extreme northern edge of the city."