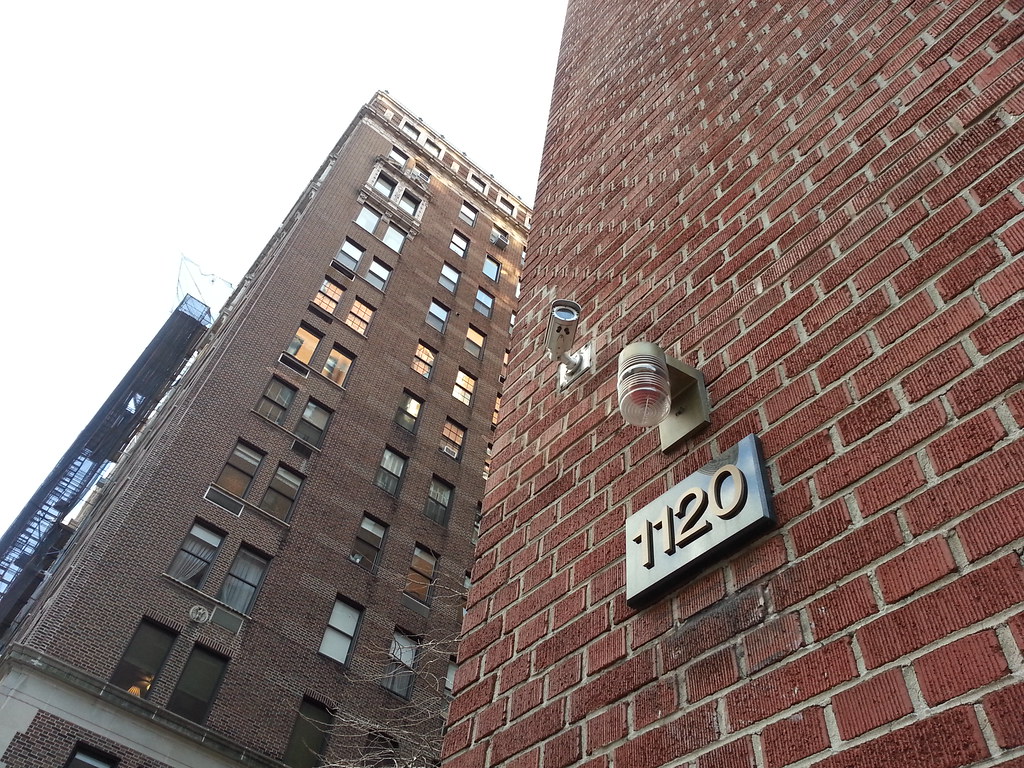 I saw several buildings on Park Avenue today with similar lights; the idea is that a doorman will turn on the bulb when a resident of his building needs a cab at night. (The security camera above the light is unrelated to the taxi-signaling efforts.)

According to a 2003 NY Times article entitled "Futile Beacons of a Bygone Age":

Hundreds of these little lights can still be found in the city's upscale neighborhoods. . . .

An informal poll of more than a dozen doormen on the Upper East and West Sides suggests that the system has long stopped working.

"They just drive on by," said a doorman at a building on 79th Street near York Avenue. "We only do it to make the residents happy." . . .

Andrew Alpern, the author of "Luxury Apartment Houses of Manhattan: An Illustrated History," suggests that these urban fireflies date to the 1940's, or more specifically World War II. As men went off to war, a dearth of doormen ensued.

"Without a doorman to hail the cab for you," Mr. Alpern said, "they may have started putting in these lights so that the elevator man could flip on the taxi light. And that would be the extent of his trying to get a cab for you."