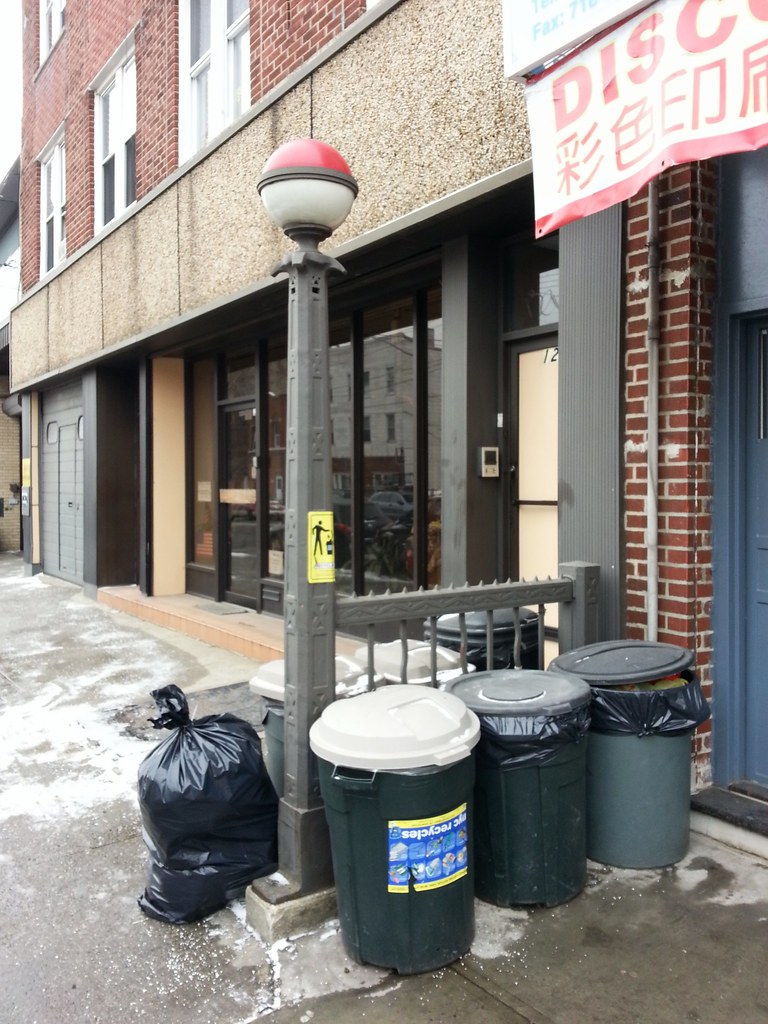 This unique trash can backstop looks to have been relocated from a subway entrance or storage yard somewhere in the city to the sidewalk outside this print shop in the Borough Park/Dyker Heights borderlands.

There are two nearby subway lines: the West End Line (D train), which is elevated, and the Sea Beach Line (N train), which runs in an open cut with station houses at its entrances. Lampposts and railings like these, however, are generally only found at simple sidewalk entrances to underground stations, so it would seem they must have come from somewhere more exotic.

(Did you know? The design of a station's lampposts and railings can tell you a little about its history.)

(And if you've ever wondered why some subway globe lamps are green and others are red, don't worry: there's a logical system behind it all. Sort of.)