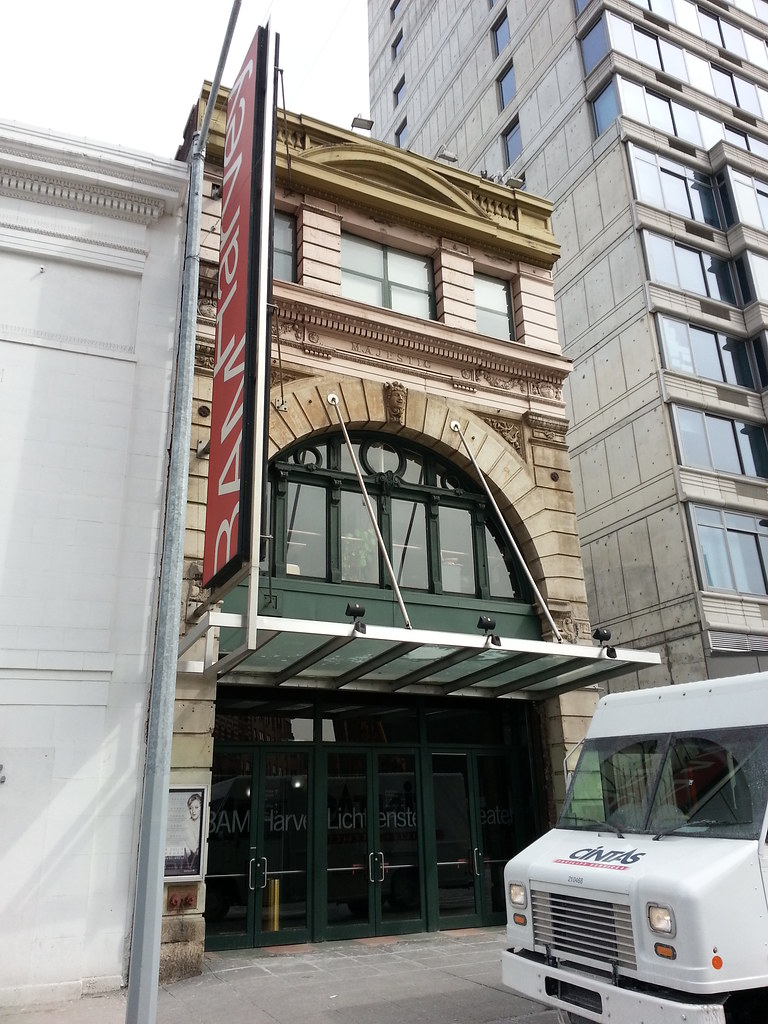 Now the Brooklyn Academy of Music's Harvey Theater, the Majestic "was built in 1904 as a legitimate theater, and spent many years as a movie theater and church before being abandoned in 1968. It was reclaimed by the Brooklyn Academy [in 1987], and reopened [that] October after a seven-month, $5 million renovation that intentionally left plaster exposed, paint crumbling and the theater in a state of studied ruin."