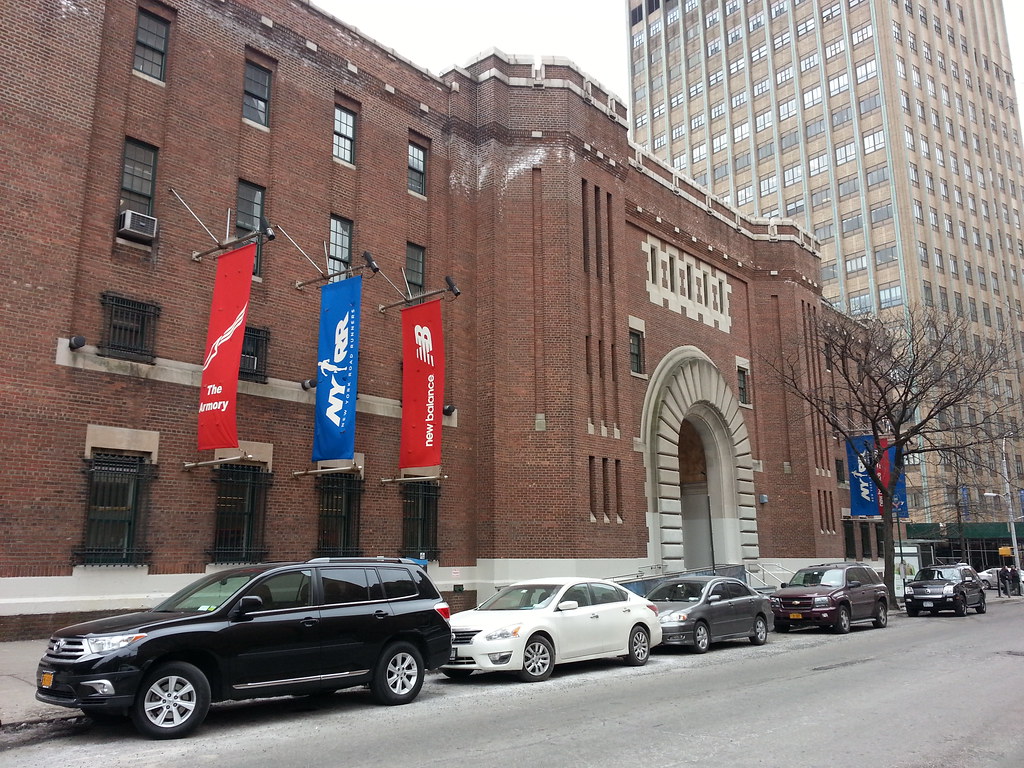 Built to house the 22nd Regiment of the Army Corps of Engineers, this armory was completed in 1911, and began hosting track meets shortly thereafter. By the middle of the 20th century, it had become "the cathedral of indoor high school track in the region", with an aging wooden running surface infamous for the generously sized splinters it would embed in the legs of any racer unfortunate enough to trip and fall during competition. (Here are one runner's recollections of those days.)

In the mid-1980s, the city decided to close the track and turn the armory into a vast homeless shelter that at times held up to 1,200 men. The place became notorious for its violence, drugs, and squalor, and was shut down several years later. The track reopened in 1993, this time boasting a new Olympic-style synthetic surface, and has once again become a "runners' mecca". The armory's stature in the world of athletics was given another boost in 2004, when it was dedicated as the new home of the National Track and Field Hall of Fame.