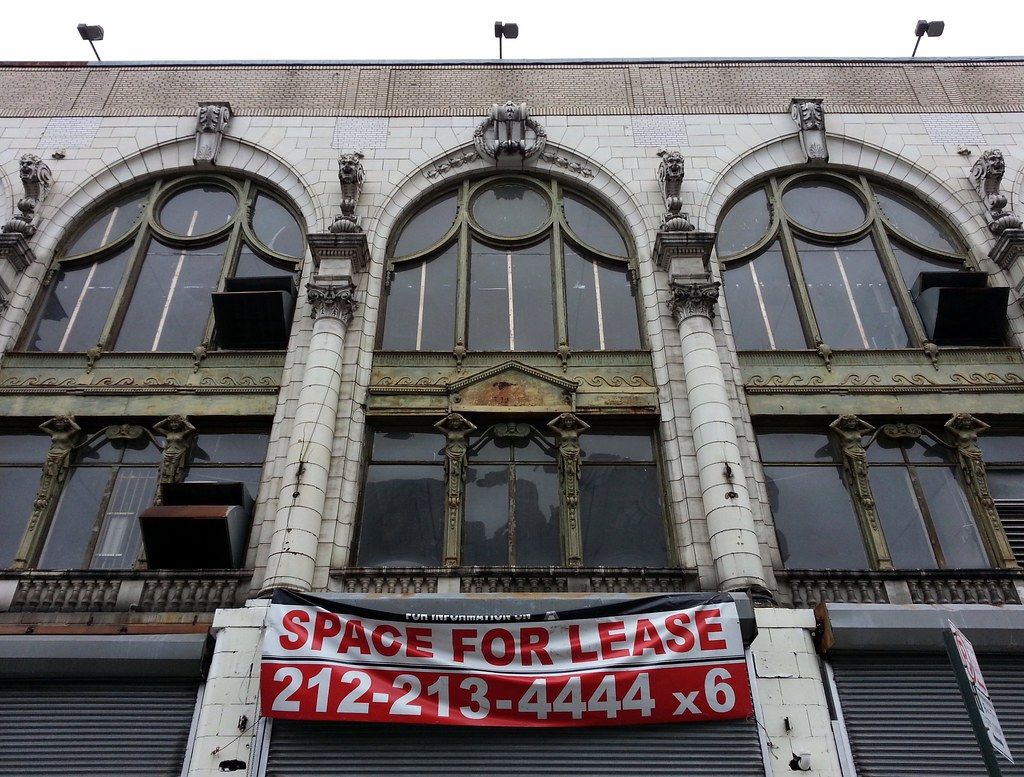 This building, featuring one of renowned theater architect Thomas Lamb's "most ebullient facades", originally contained the lobby of the 1913 Hamilton Theater. In recent years, it has served as the home of at least two discount retail stores; one of them, Hamilton Palace, was described by a Yelp reviewer as "Target after the apocalypse."

The former theater's 2,500-seat auditorium, located just behind this building, has been unused and decaying for some time. Here's a great photo tour of what the NY Times's Christopher Gray called "one of the most spectacular wrecks in New York City."