The former site of Hilltop Park 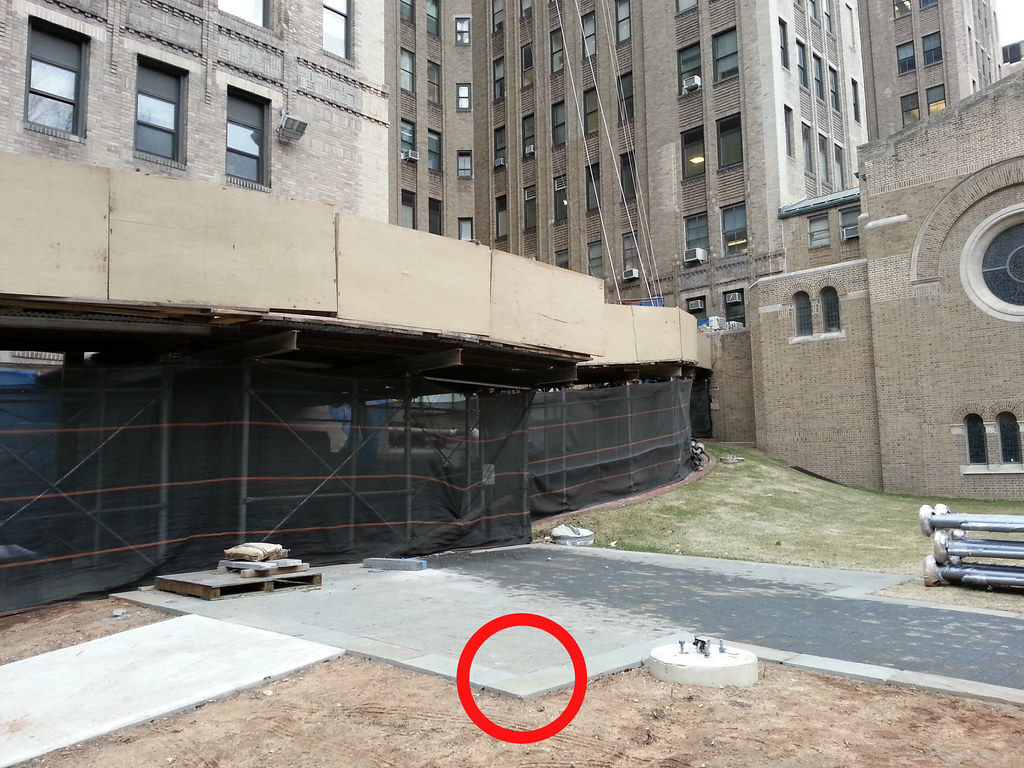 Until it was removed during the ongoing construction here at NewYork-Presbyterian/Columbia University Medical Center, a plaque could be found on the ground at about the spot I've circled in red. It marked the former location of home plate at Hilltop Park, where the New York Highlanders (a.k.a the New York Yankees) played from 1903 to 1912. We're looking straight out into center field in this photo; using the diagonal left edge of the concrete to approximate the base line, we can roughly estimate the location of third base (now somewhere inside the building at left), where a stealing Ty Cobb slid into Jimmy Austin in one of baseball's most famous photographs. (Here's the story behind that image, "the greatest action picture ever made on the ball field".)