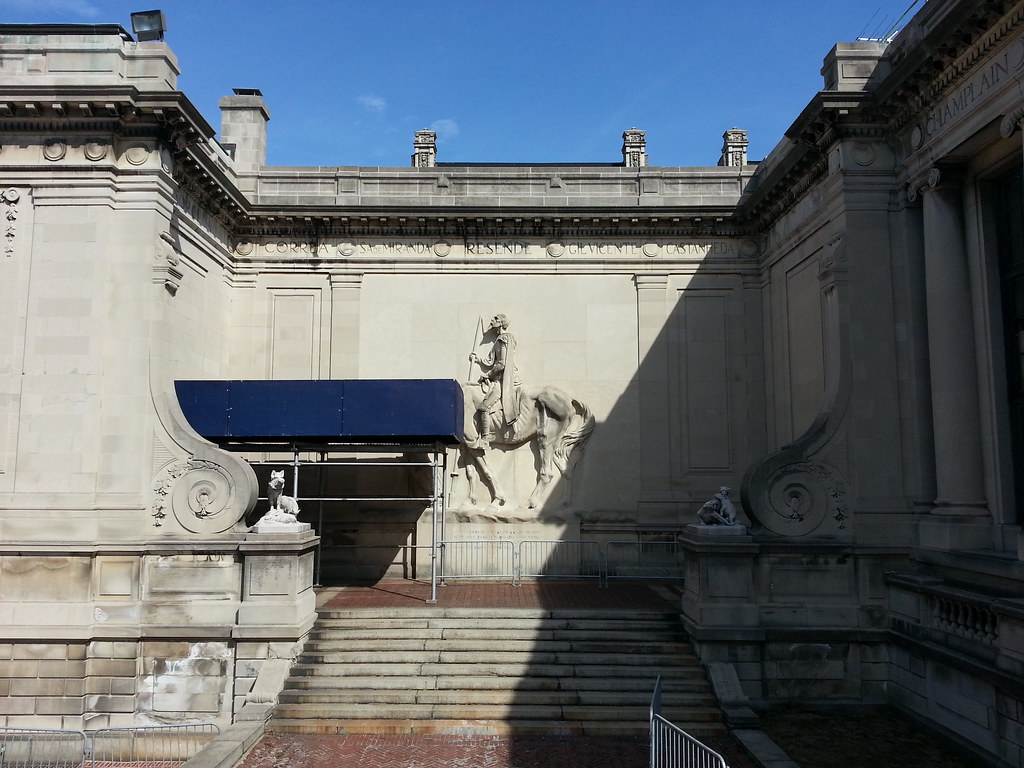 Don Quixote and his majestic steed Rocinante adorn this niche in the courtyard of Audubon Terrace, a "stupendous neo-Classical complex" of museum buildings (aerial photo here) located off Broadway at the southern edge of Washington Heights. Conceived by Archer M. Huntington, the son of Arabella Huntington (who would become "the richest woman in the world") and stepson of railroad magnate Collis P. Huntington, it was built over the first three decades of the 20th century on part of the former estate of John James Audubon (who is buried nearby in Trinity Church Cemetery). The sculpture above, along with several others in the courtyard, was created by Anna Hyatt Huntington, Archer Huntington's wife.

Formerly home to several cultural institutions, Audubon Terrace has seen its ranks dwindle over the years with the departures of the American Geographical Society (which once housed "the largest private geographical collection in the western hemisphere"), the Museum of the American Indian, and the American Numismatic Society. The Hispanic Society of America and the American Academy of Arts and Letters have held strong, however, each annexing one of the vacated buildings, and Boricua College is now an established presence on the campus as well, having moved in decades ago. (The Church of Our Lady of Esperanza is also located on Audubon Terrace, but it feels like a separate entity, facing out onto the street rather than the common courtyard.)