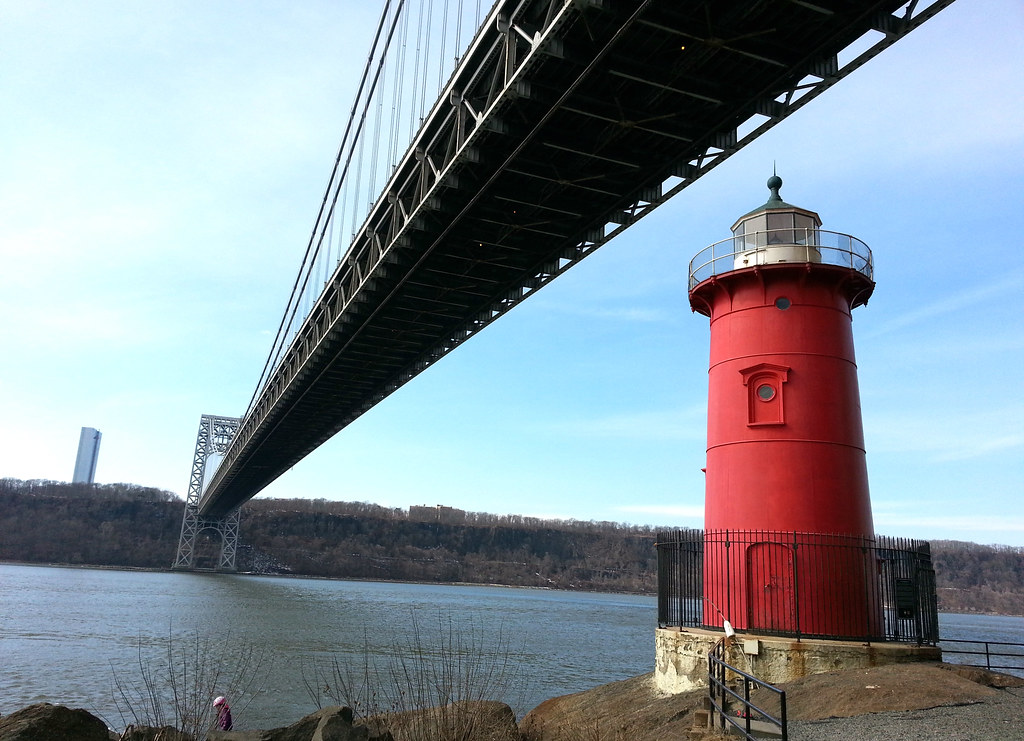 Better known as the Little Red Lighthouse, this is the only lighthouse on the island of Manhattan* (not counting the Titanic Memorial Light). It was originally erected in Sandy Hook, New Jersey, where it stood from 1880 to 1917, and it was moved here in 1921, several years before construction began on the neighboring George Washington Bridge. The Coast Guard decommissioned the lighthouse in 1947 or 1948, but the city decided to relight it in 2002.

The lighthouse was immortalized in the pages of the 1942 children's book The Little Red Lighthouse and the Great Gray Bridge, in which the diminutive beacon comes to feel insignificant and unneeded as the massive bridge is built and lit up above it. But on one dangerously foggy night, the bridge calls out:

"Little brother, where is your light?"

"Am I brother of yours, bridge?" wondered the lighthouse. "Your light was so bright that I thought mine was needed no more."

"I call to the airplanes," cried the bridge. "I ﬂash to the ships of the air. But you are still master of the river. Quick, let your light shine again. Each to his own place, little brother."

* There are, however, two other lighthouses in the borough of Manhattan: the Roosevelt Island Lighthouse and the Statue of Liberty, which in its early years was officially operated as a lighthouse — the first one in the US to use electric lights, in fact.