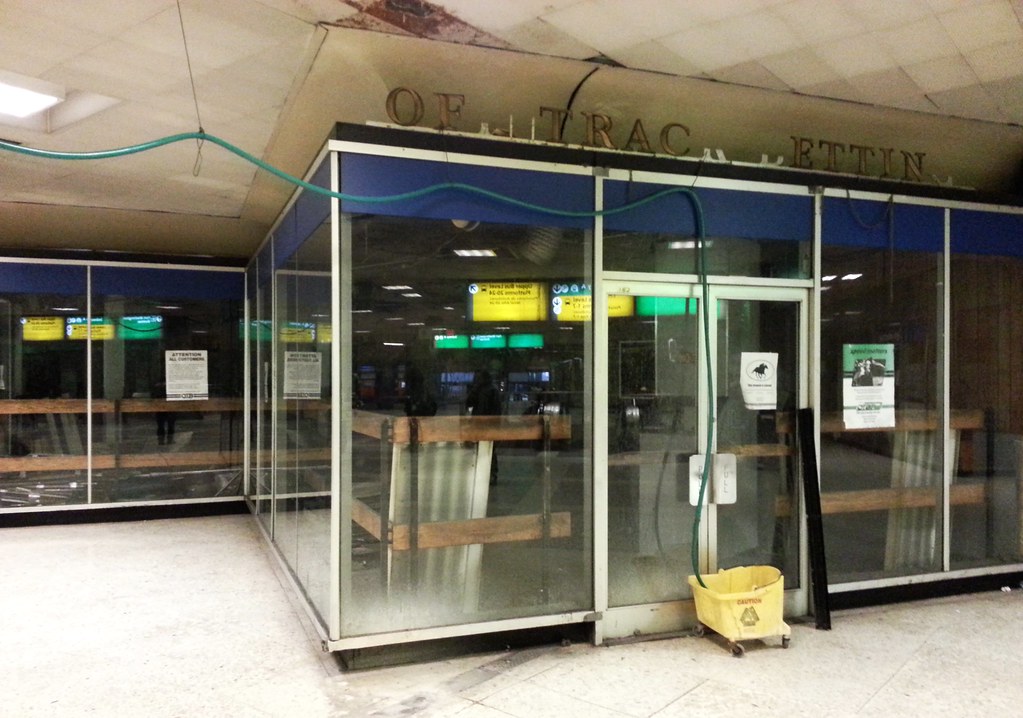 Ada Louise Huxtable wrote that this former off-track betting parlor in the George Washington Bridge Bus Station "occupies the most space on the concourse and exudes an air of abandoned hope" — and that was before it closed down in late 2010, along with all the others in the city. To quote a post from two years ago: