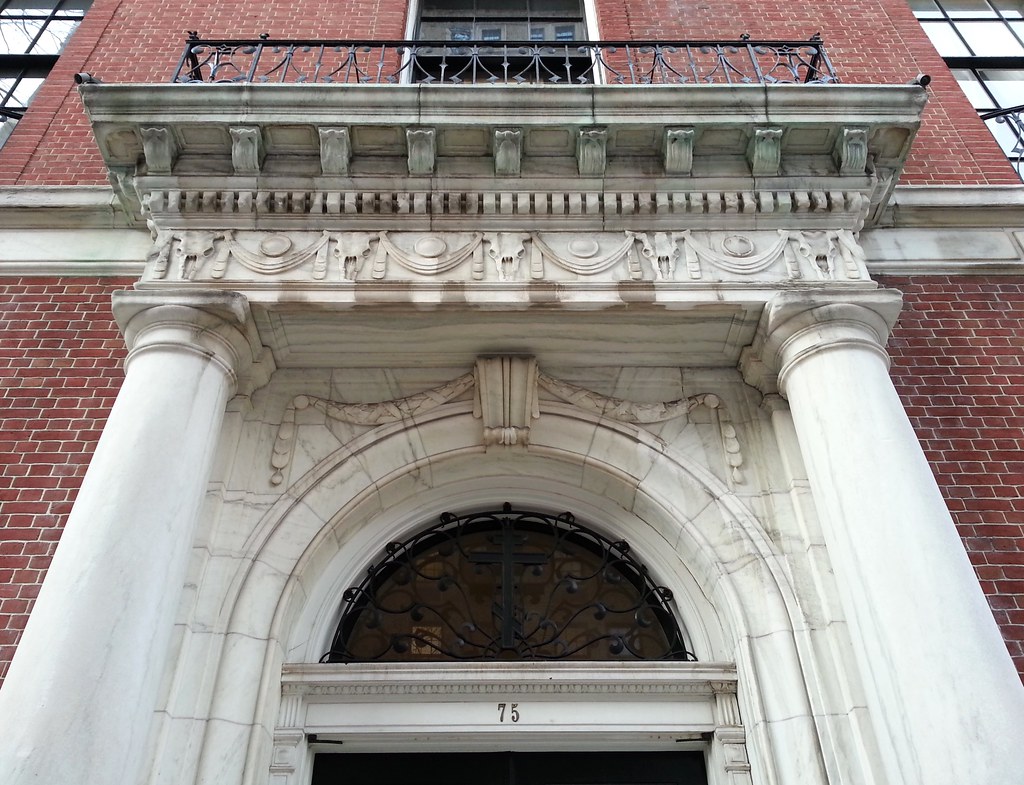 Sculpted cattle skulls are an unexpected sight on the frieze of this brick mansion, an "elegant amalgam of Federal and Georgian styling" (photo) constructed around 1917. The house, along with a ballroom addition to the west (photo) built around 1928, was purchased by the Russian Orthodox Church Outside Russia (ROCOR) in 1958 and continues to serve as the church's headquarters. ROCOR split off from the Russian Orthodox Church (whose US/Mexican headquarters we just saw a few blocks away) after the Russian Revolution, "when overseas exiles refused to accept the domestic church's subservience to the Soviet state", but the two churches re-established canonical communion in 2007.