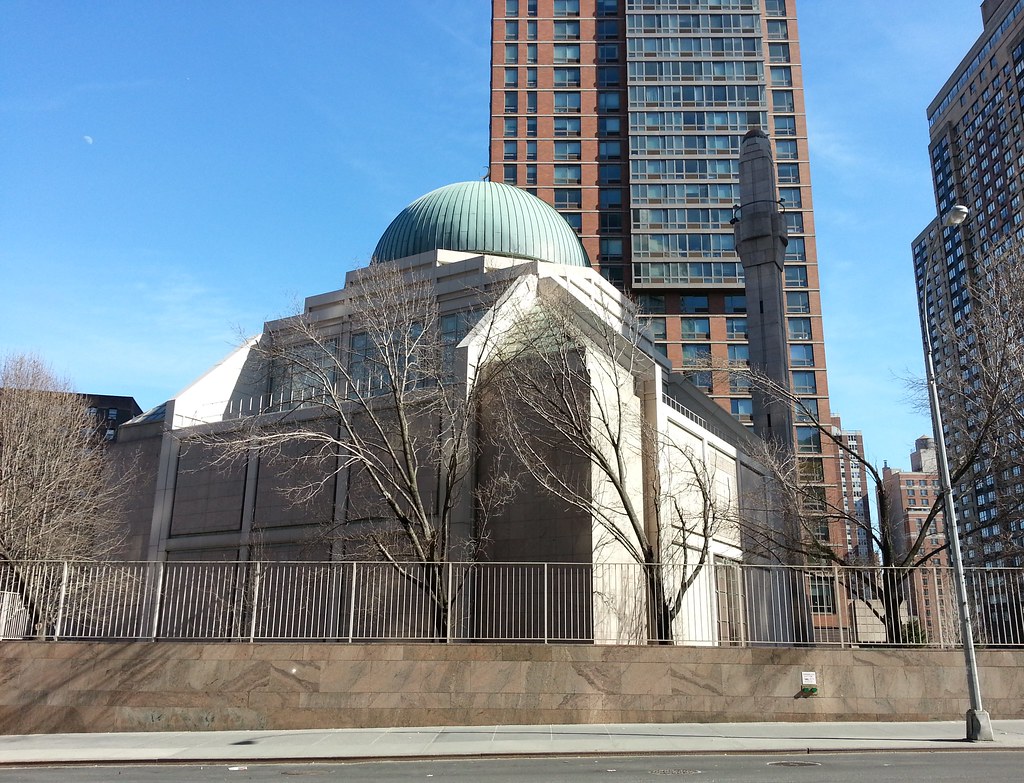 Opened in 1991, this was the first structure in the city built as a mosque. The "spare, serene and deliberately modernist work" (see more photos) was designed by Skidmore, Owings & Merrill (architects of the Sears Tower, the new One World Trade Center, and Dubai's Burj Khalifa, which at over half a mile in height is by far the tallest building in the world) and was mostly financed by Kuwait, although many other Islamic countries provided support as well. In order to face the Kaaba, the mosque is oriented along the great circle route from Manhattan to Mecca (i.e., the shortest path on the surface of the globe between the two points), hence its 29-degree rotation off the street grid.

Day 1169: Guardians of the driveway