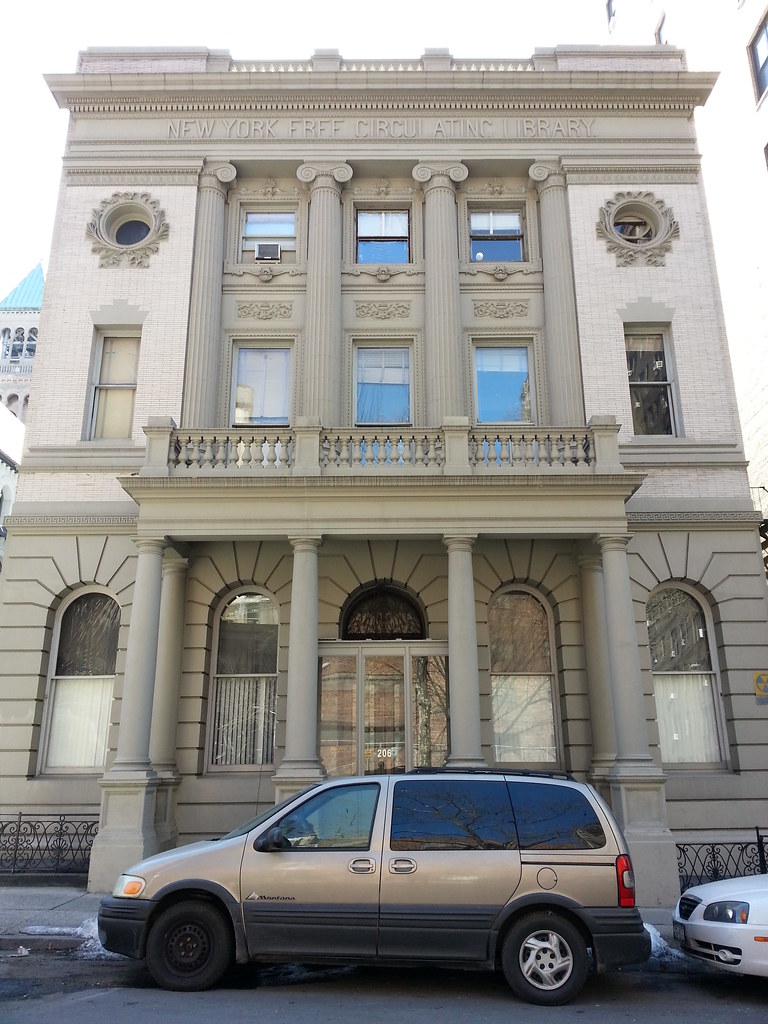 Constructed in 1898, this building was originally the Bloomingdale Branch of the New York Free Circulating Library. It became part of the New York Public Library when the two systems merged in 1901, and it continued serving as a branch library until 1960. Since 1961, it's been home to the Ukrainian Academy of Arts and Sciences in the U.S., with part of the space fittingly used to house the academy's research library.