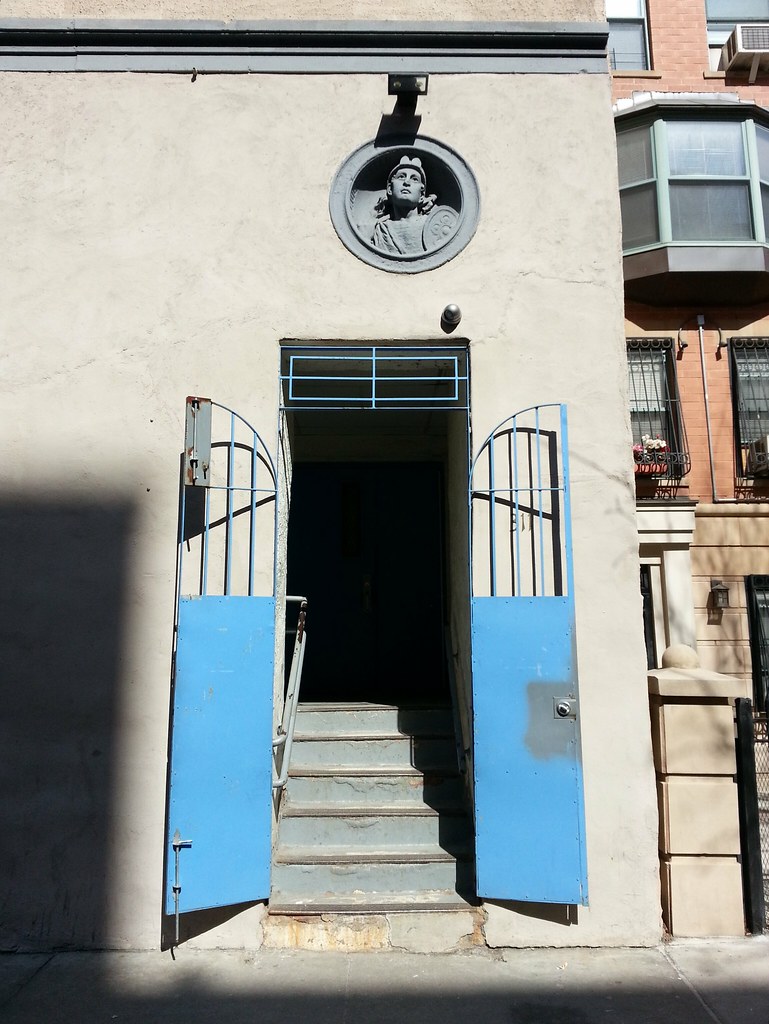 Currently home to the New York French American Charter School, this building began its life around 1904 as a Schinasi Brothers cigarette factory run by Solomon and Morris Schinasi, who had immigrated to the US in the 1890s and found great success introducing Turkish tobacco to American smokers. The building's appearance has changed dramatically over the years, as you can see. There are still some visible vestiges from the days of tobacco, however, including two seemingly inscrutable circular reliefs on the facade. The one pictured, it turns out, is a three-dimensional version of a soldier found on the label of Schinasi Bros. Natural cigarettes, while the other (photo) features an emblem of the company's Egyptian Prettiest smokes.