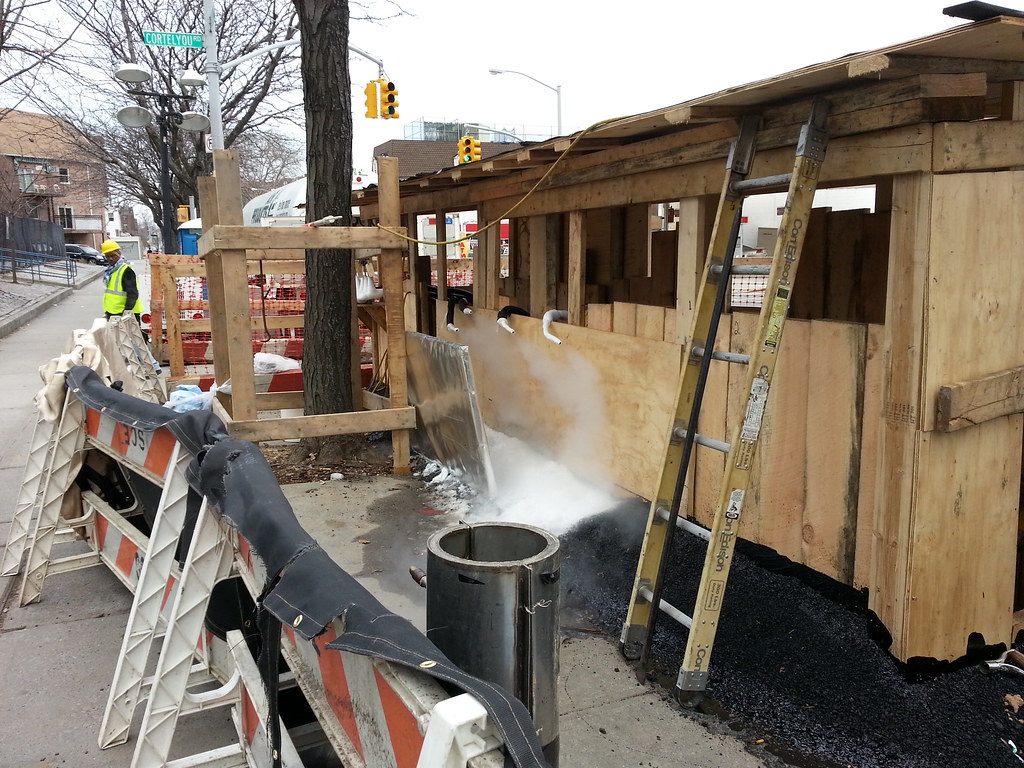 According to a supervisor on site, Con Edison needs to repair a failure in an underground electric transmission cable running beneath Dahill Avenue. But because the insulating oil that fills the cable is pressurized, the oil has to be frozen at two points, one on each side of the failure, so that the cable can be sliced open and fixed without all the oil rushing toward the cut. At the "freeze pit" pictured above, as well as at another similar structure located down the road on the other side of the failure, liquid nitrogen (I believe) is being used to freeze the oil in the cable.