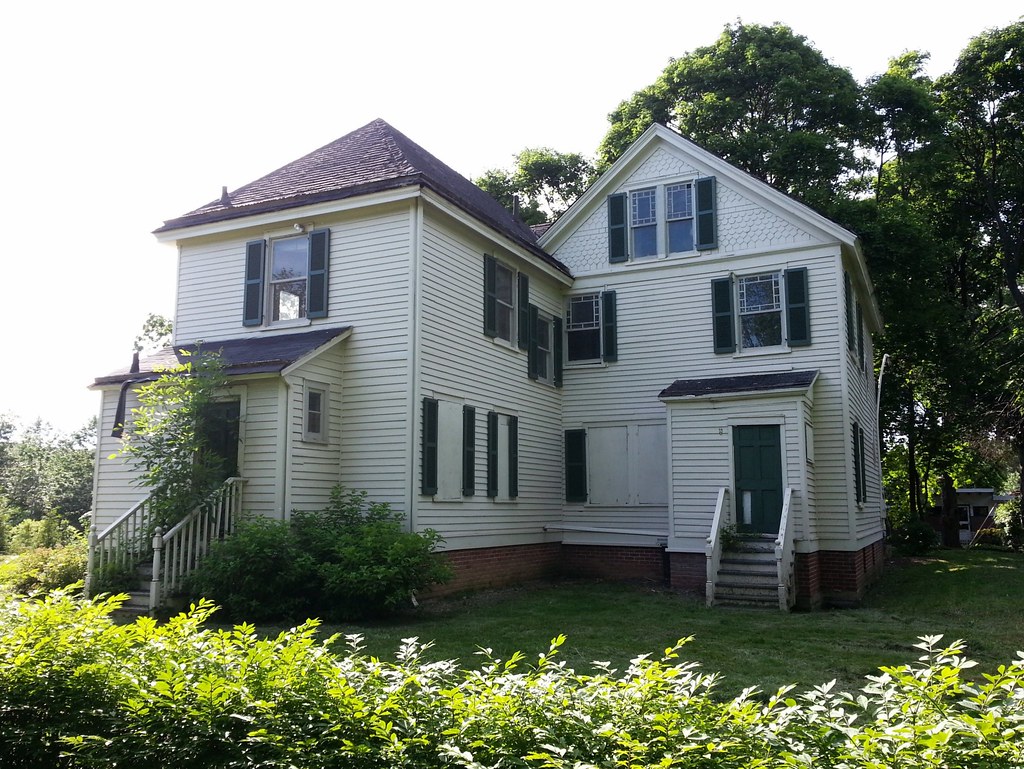 Built in 1893-95, this house, along with its next-door neighbor (the John King Vanderbilt House, also owned by Ms. Smith, a Staten Island historian), was almost torn down in 1987, but the city's Landmarks Preservation Commission designated the two structures as landmarks with lightning speed (relatively speaking; the process took less than a month) after finding out that the executors of Ms. Smith's estate had applied for a permit to demolish them. In the late 1990s, this house was relocated away from the Clove Road side of the property to create more developable area on the lot. It was also restored and reoriented at that time; the front porch now faces the dead end of Waldron Avenue. (Compare this 1996 aerial image to one from 2012.) A Walgreens opened on the corner of the property last year, and there's apparently more development in store on the site of the neighboring house.