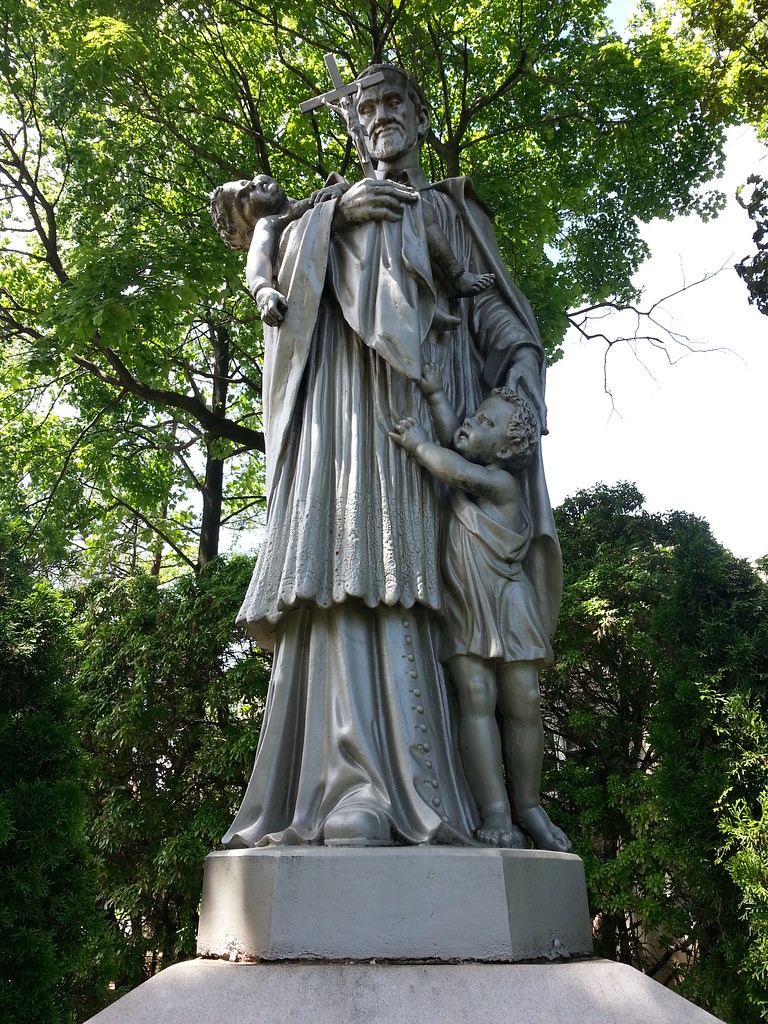 The plaque beneath this statue on the Staten Island campus of St. John's University reads:

Cast in France during the late 1800s, this statue of St. Vincent de Paul was gifted to St. John's University by the Sisters of Charity after standing for decades in front of St. Vincent's Catholic Medical Center in the West Brighton section of Staten Island. It was erected here to proclaim the University's Catholic and Vincentian identity to all who enter.