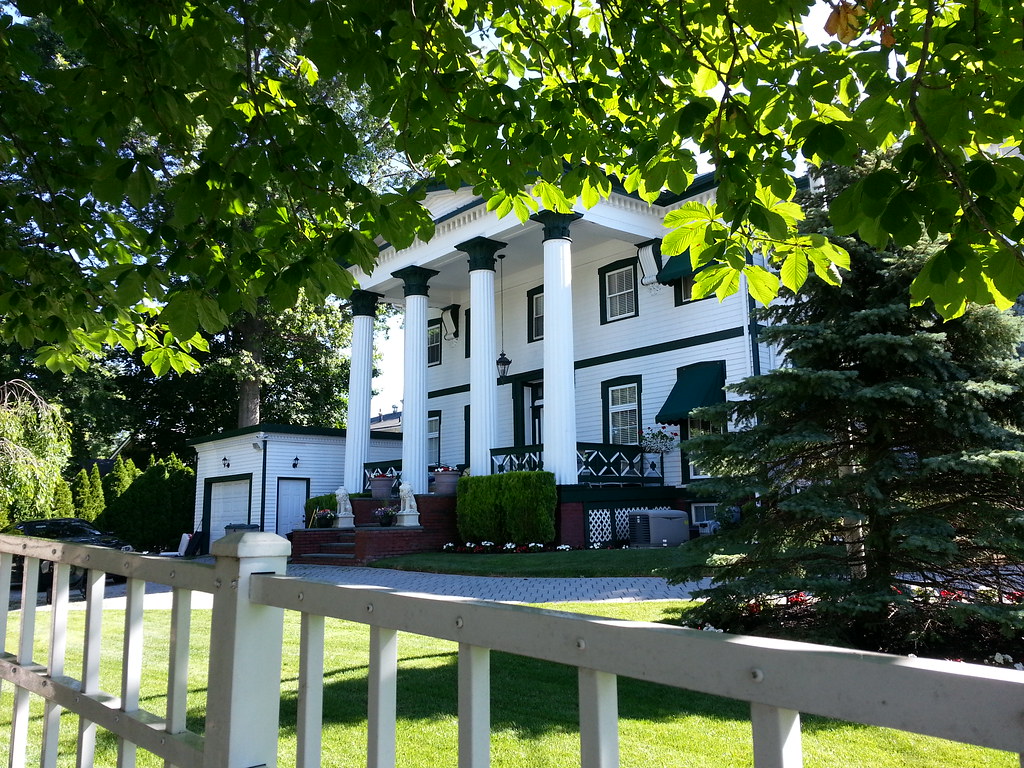 Built around 1837, this former country manor was once the home of Julia Gardiner Tyler, President John Tyler's widow and "one of New York's most conspicuous rebel sympathizers". Her mother had purchased the place in 1852, and Mrs. Tyler crossed Civil War battle lines to move here from Virginia after her husband's death in 1862. In 1878, the house was acquired (though not necessarily ever lived in) by William M. Evarts, the US secretary of state, who had previously served as US attorney general and would go on to become a US senator, and it was also occupied for a time by the Russian consul general, who "lived there in great style".

Speaking of John Tyler, he was the first person to become president without being elected to the position. Dubbed "His Accidency" by his foes, he ascended from the vice presidency in 1841 when William Henry Harrison kicked the bucket a mere month after being sworn in. His first wife died in 1842 and he married Miss Gardiner in 1844, making him the first president to be widowed, and the first to get hitched, while in office. As the father of 15 children with his two wives, he was the most genetically prolific of all our presidents (as far as we know, anyway; politicians/slaveholders have occasionally been known to sleep around). And thanks to old widowers marrying much younger women, two of his grandchildren, remarkably, are still alive! (Or at least they were as of last fall.)