Spotted through the trees 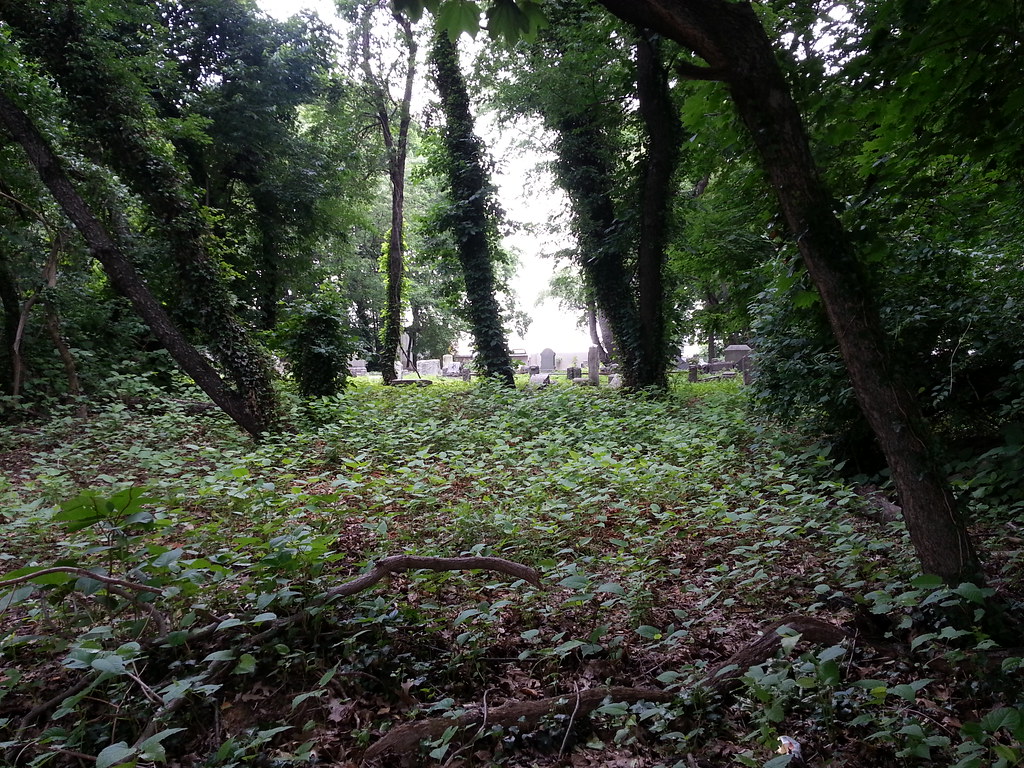 Looking into the woods behind the track at the edge of Corporal Thompson Park, you can see a bunch of tombstones in the distance. They're part of an agglomeration of five old cemeteries — including a Native American burial ground — that were long abandoned before being cleaned up in recent years by an organization called Friends of Abandoned Cemeteries of Staten Island. (I later got a much closer look at some of the stones from a narrow little street that loops down from Richmond Terrace.)