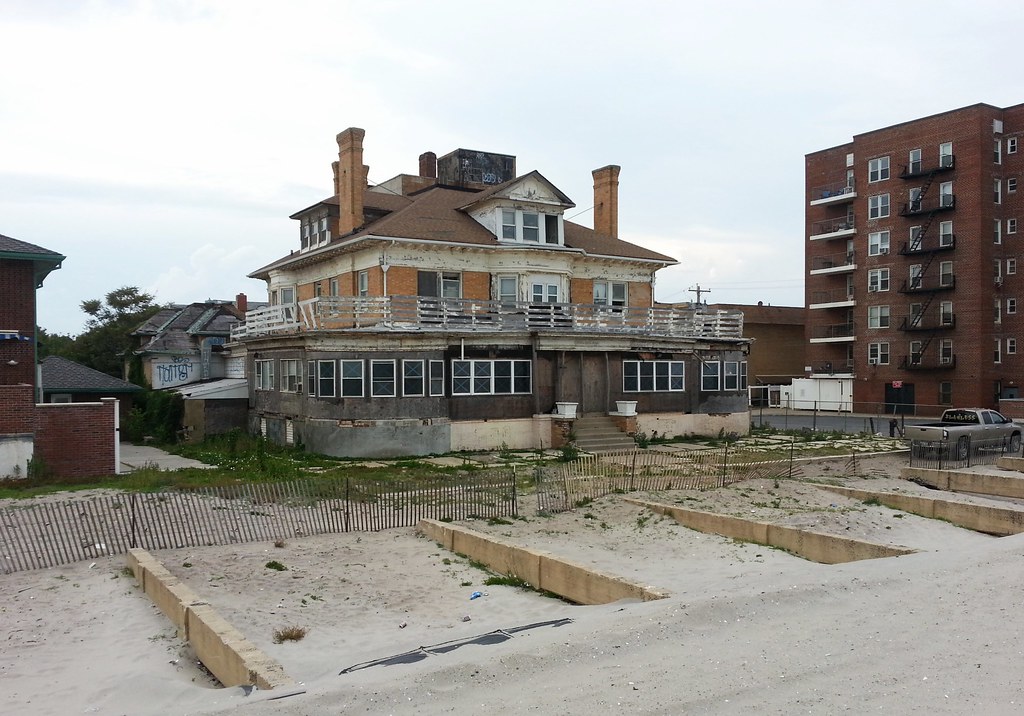 Built in 1912, this old mansion became the Hotel Del Mar in 1930. It most recently served as the Chai Home for Adults, but has remained vacant since its residents were evacuated after Hurricane Sandy. Its current dilapidated state isn't just the result of the storm, though; it was looking pretty shabby even before Sandy hit.

(In front of the building, you can see the concrete supports that held up the Rockaway Boardwalk before Sandy washed it away.)