Boats in the trees 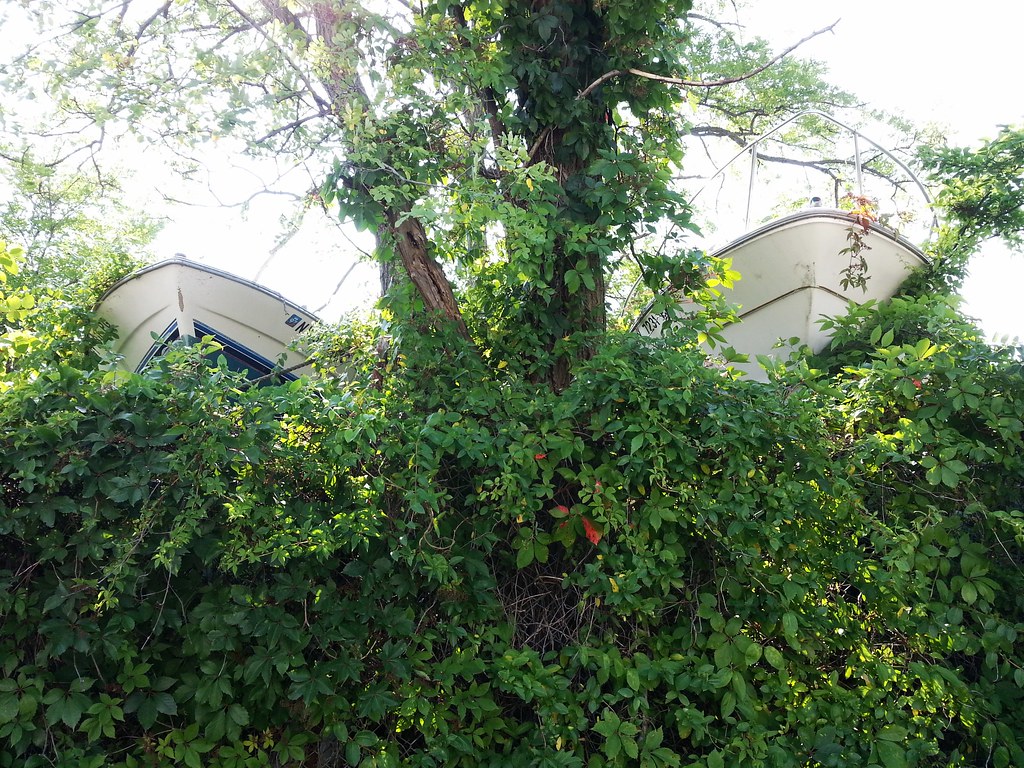 (There's a marina next door.)

After taking this photo, I continued to the end of Beach 84th Street, which terminates at what appeared to me to be a house standing beside Jamaica Bay. It wasn't until later, when I was looking at a bird's-eye view of the area, that I realized that what I had seen was not a single house by the bay, but rather the end of a row of about 16 bungalows built on a pier that runs out into the water. These unusual houses, apparently more than a century old, were in the news back in 2008 when the state passed a law allowing the city to sell the pier to the homeowners who lived atop it. A few years later, the artist Duke Riley featured the bungalows in one of the stained-glass pieces he designed for the nearby Beach 98th Street subway station.