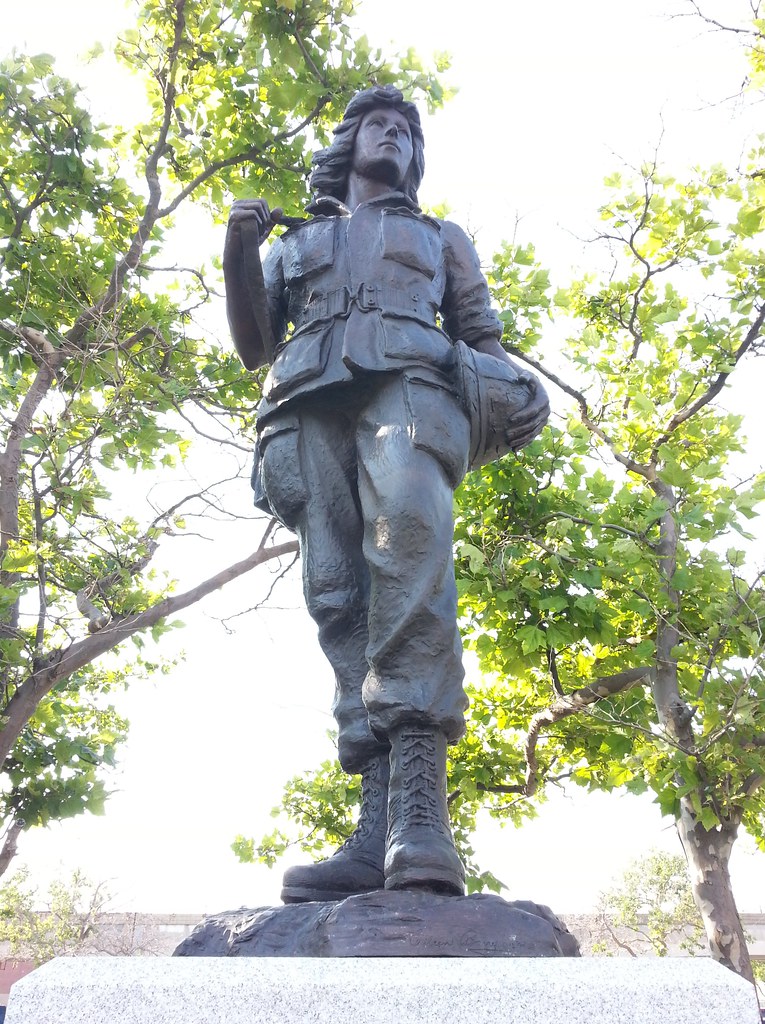 This 1989 statue was the city's first monument to honor the women who've served in the US military during wartime. It was commissioned by a local American Legion post, which planned to install it in Rockaway's Veterans Memorial Plaza, next to the World War I doughboy memorial (cast in 1927; reportedly the peninsula's oldest sculpture).

However, the city's Art Commission (now called the Design Commission) rejected the statue as ''not strong enough artistically", preventing it from being permanently placed on city property. So the Legionnaires made a stopgap arrangement with the Parks Department to temporarily install the monument across the street from the doughboy (placements of a year or less were not subject to Art Commission approval) while they searched for a permanent location.

But the statue, now known to some as "the doughgirl", still stands across from the doughboy today. It seems that its popularity with the community has led the city to overlook the fact that it's not really supposed to be here — at least that was the case as of 2003. (This brings to mind the story of the Fred Lebow statue in Central Park, which is briefly relocated each year to maintain its status as technically temporary.)