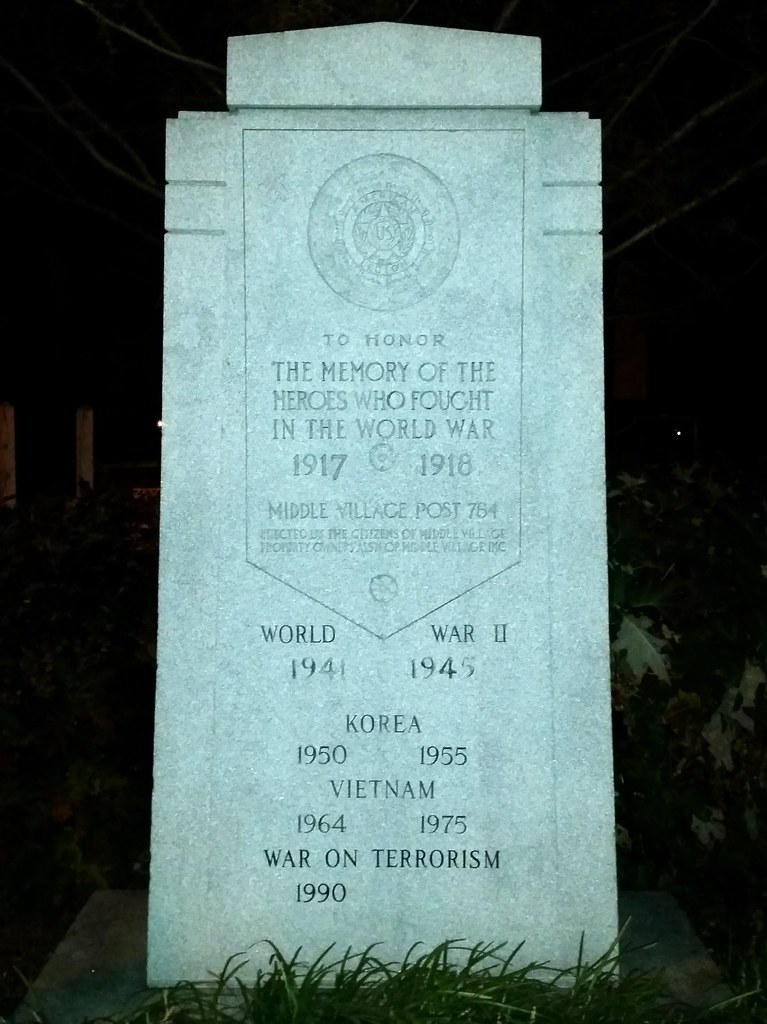 This monument (reminiscent in a way of one we saw in Bayside) is a little factually challenged. For one thing, the Korean War ended in 1953, not 1955. As for the most recently added conflict: 1990 was the start of the seven-month-long Gulf War against the state of Iraq, while the War on Terror(ism) commenced in 2001 after the 9/11 attacks.