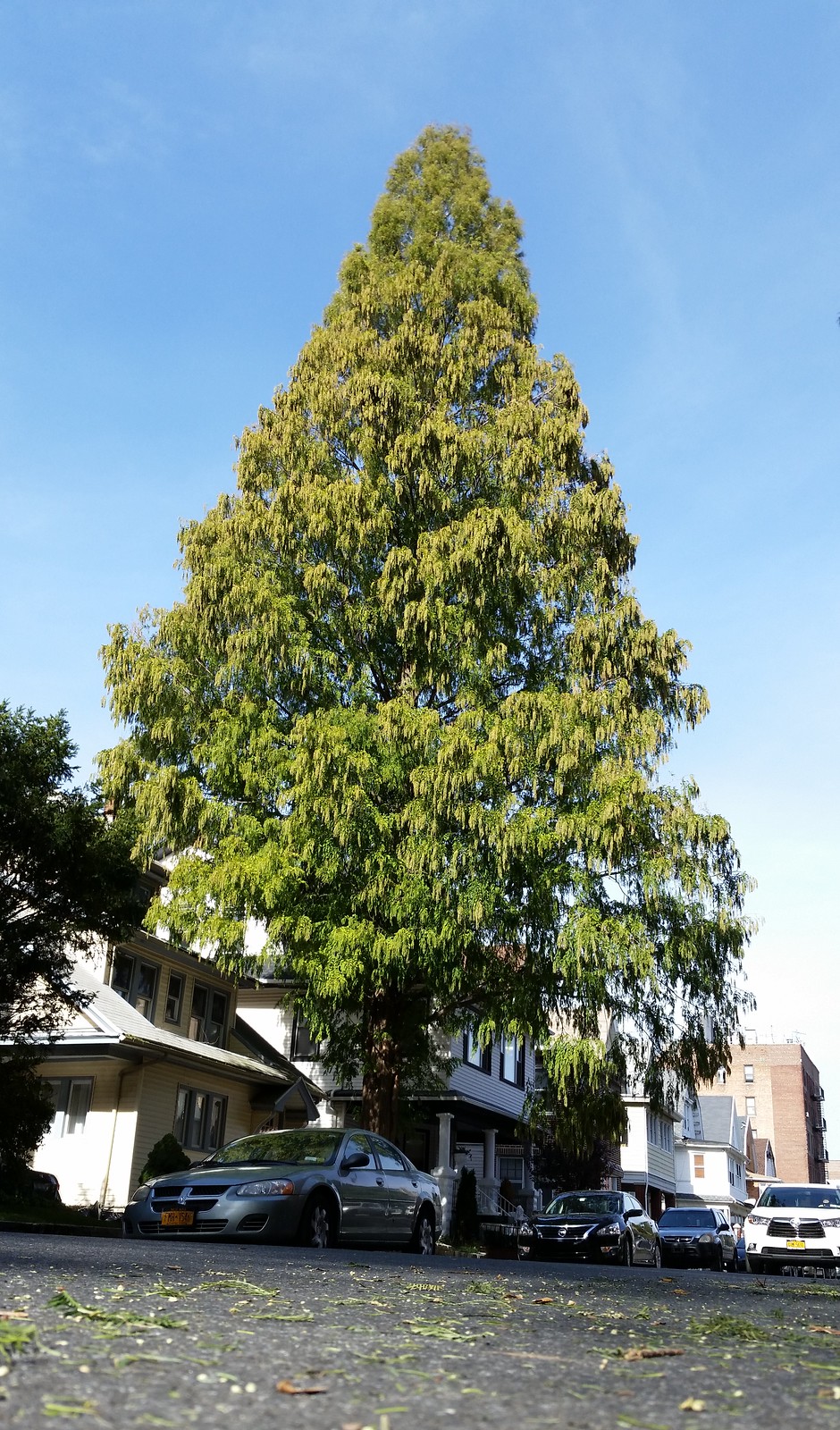 The dawn redwood is often referred to as a "living fossil". In 1941, a Japanese paleobotanist identified a new genus of redwood in the fossil record. Once spread across large parts of the northern hemisphere, these trees appeared to have gone extinct. Within a few years, however, living specimens were discovered in central China. In the decades since, with seeds distributed around the globe, dawn redwoods have once again taken root in the US and elsewhere, and are now a popular street tree in New York. What seems to be the most well-known one in Brooklyn can be found on Willow Street in Brooklyn Heights (Street View).

(I'm no botanist, but I'm fairly certain the tree above is a dawn redwood. Here are closer looks at its foliage and its trunk.)