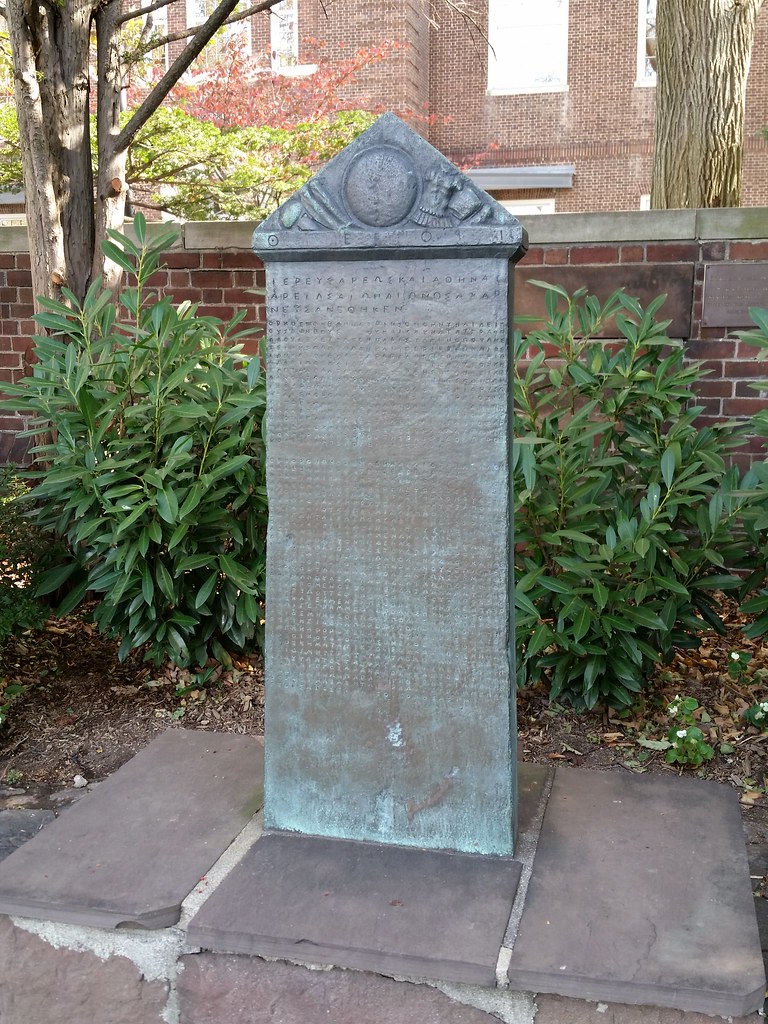 This tablet, a replica of a 4th-century B.C. stele (photo) that was discovered in Greece in 1932, bears the text of two oaths. The relevant one in this case is the Ephebic Oath, an ancient Athenian oath of citizenship that enjoyed a brief revival as a popular expression of civic virtue in 20th-century America. The oath has since largely fallen into obscurity again, but Brooklyn College still has its students recite this translation of it at graduation:

We will never bring disgrace to our city by any act of dishonesty or cowardice, nor ever desert our suffering comrades in the ranks; we will fight for the ideals and sacred things of the city, both alone and with many; we will revere and obey the city’s laws and do our best to incite a like respect and reverence in those about us who are prone to annul them and set them at naught; we will strive unceasingly to quicken the public’s sense of civic duty; and thus, in all these ways, we will strive to transmit this city not only not less, but greater, better, and more beautiful than it was transmitted to us.

Day 24: If only I knew where to get some empty steel drums...