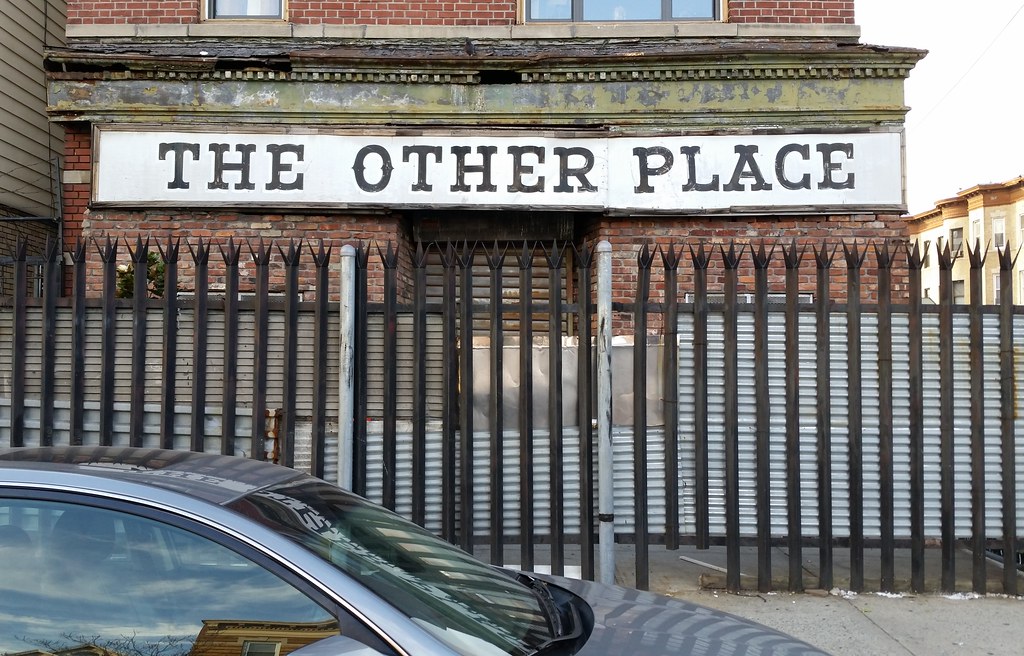 I have no idea what this place is/was, but it's looked the same since at least 2007.

"THOMPKINS" and "1989" are written in the sidewalk outside this building, the letters and numbers formed from stones embedded in the concrete. It turns out that the owner of this property from 1978 to 2013 was named Thompkins.