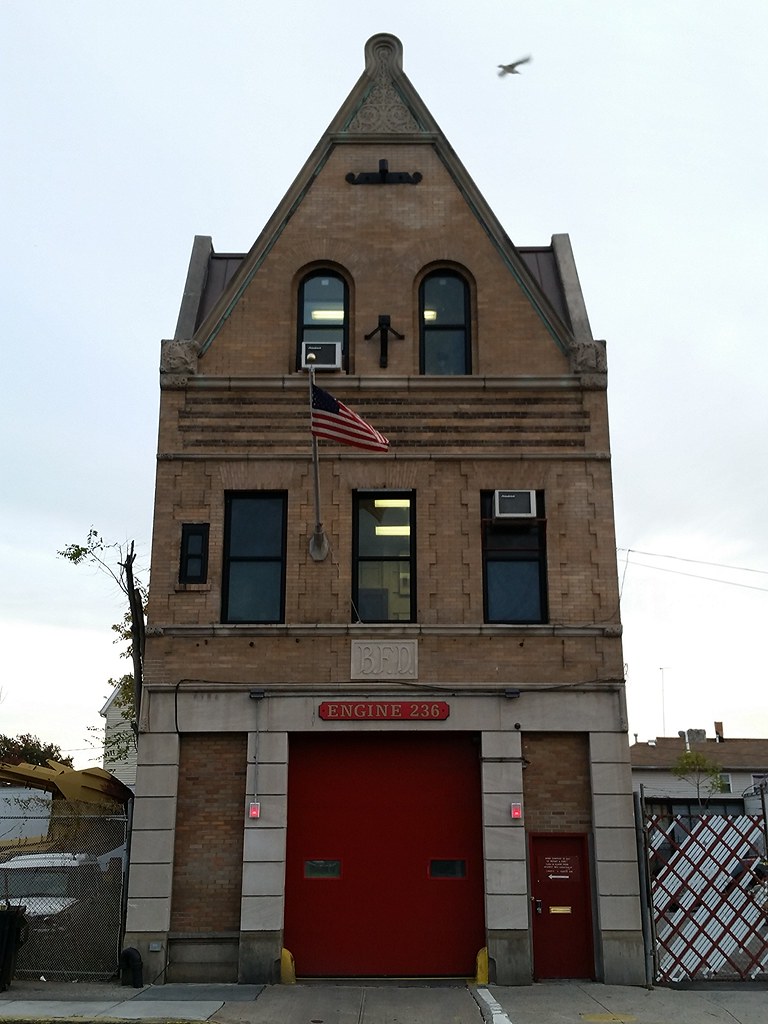 This firehouse is the former site of 9/11 memorial #121. I wonder how many other memorials have disappeared in the time since I saw them.

As suggested by the "B.F.D." over the garage door, FDNY Engine Company 236 is a big fuc— I mean, was originally part of the Brooklyn Fire Department. It began its life as BFD Engine Company 36 back in 1895, when Brooklyn was still an independent city and had its own fire department.