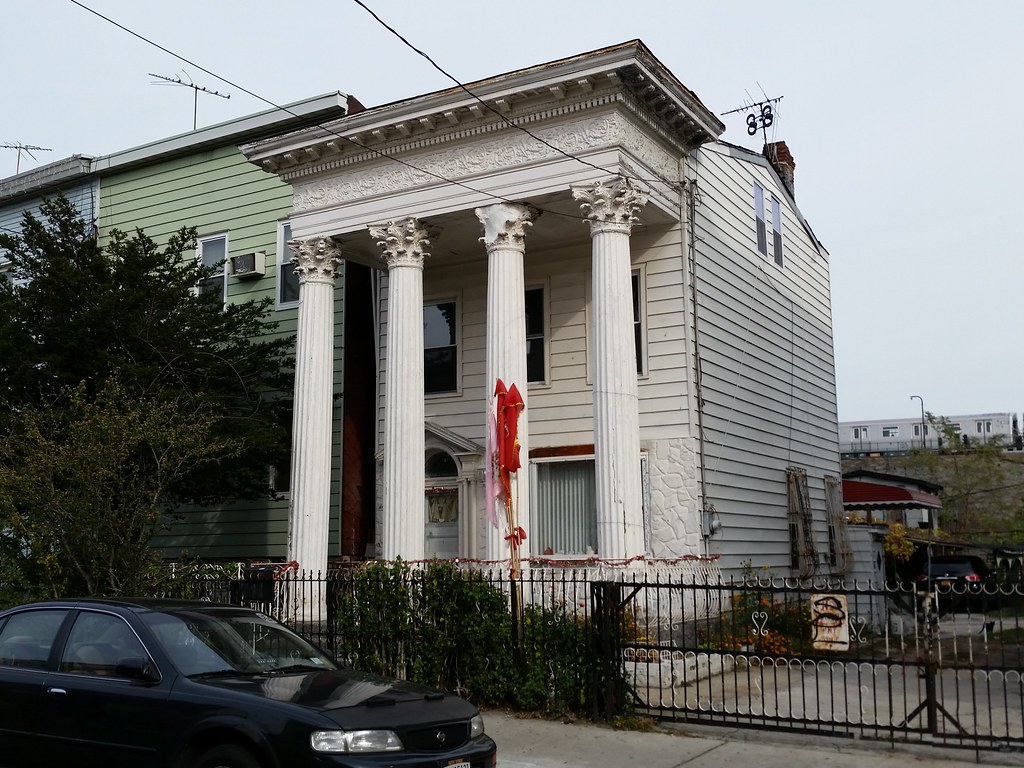 Rick Gomes of the East New York Project believes that this house at 107 Pine Street was built between 1886 and 1893, but that its columns were added at a later date, sometime before 1918, possibly by a carpenter who purchased the house in 1904. He also notes that there's a similarly unimposing house with almost identical columns tacked onto it located just over half a mile from here at 81 Essex Street.

Just across the street from 107 Pine is the old social/worship hall of Blessed Sacrament Parish, built in 1911-12. I wonder if the construction of its impressive columns had any influence on the aforementioned carpenter, or if his columns were already standing then.

In the background at right, you can see a J train on the Jamaica Line.