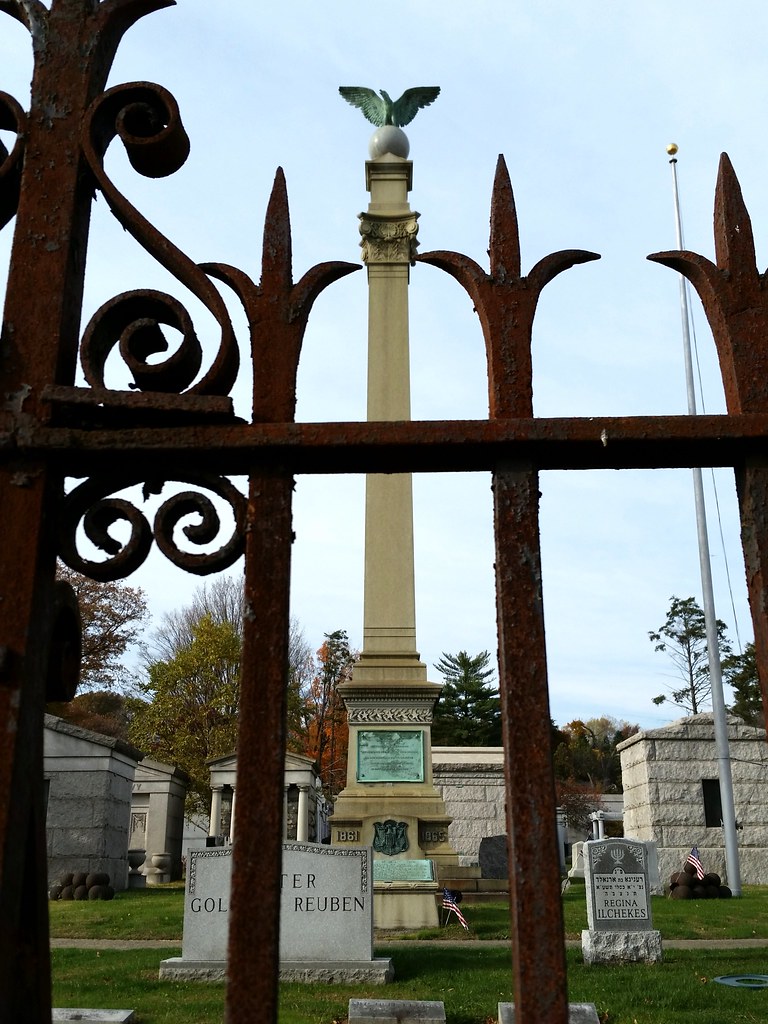 According to a 1904 NY Times article entitled "Shaft for Jewish Soldiers", this monument in Salem Fields Cemetery is "at least one of the first, if not the first, to be erected to the memory of the Jewish soldier who gave his life for the preservation of the Union." The plaque at the base of the obelisk reads: "To the memory of the soldiers of the Hebrew faith, who responded to the call of their country and gave their lives for it's [sic] salvation during the dark days of it's [sic] need, so that the nation might live."