The ruins of a salad empire 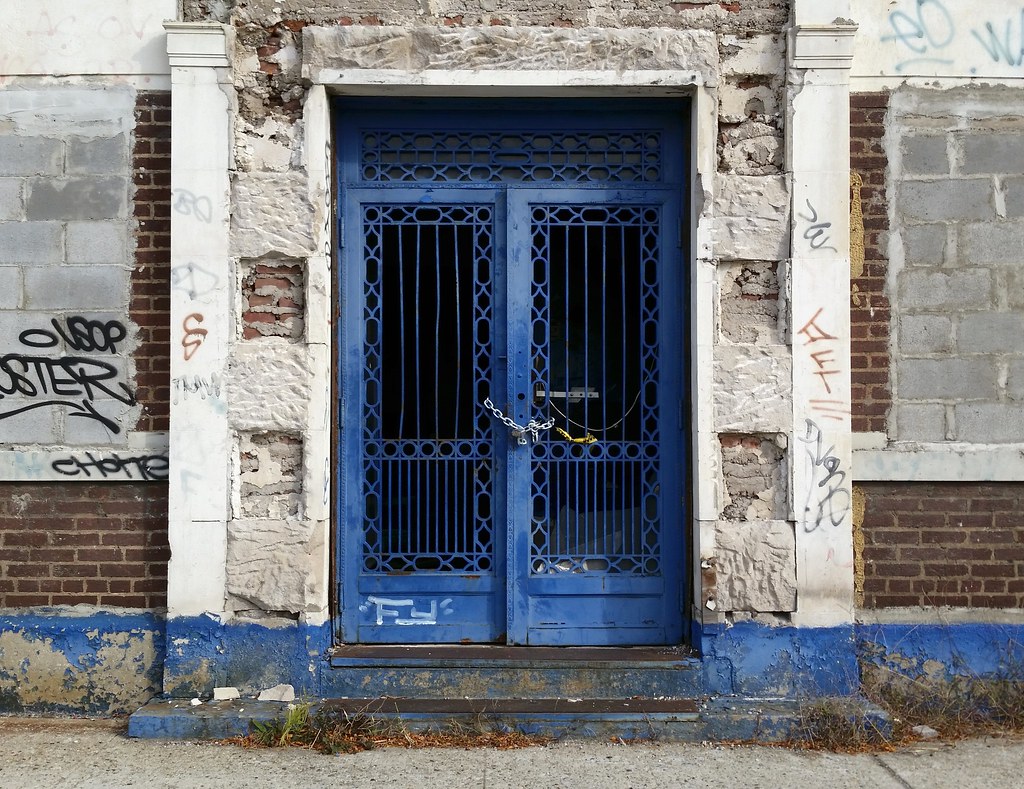 Blue Ridge Farms, whose former processing plant occupies this entire block in Cypress Hills, was once the East Coast's largest producer of prepared salads, and by the 1990s was Brooklyn's third-largest manufacturer (behind Pfizer, which closed its Brooklyn plant in 2008, and Cascade Laundry, which went out of business in 2010). The company had been run by the Siegel family ever since its founding in the mid-20th century, but in 2004, facing some financial difficulties, the Siegels agreed to take on Thomas Kontogiannis as a major investor, which led to a series of shady dealings with him that eventually resulted in his family taking control of the company and selling off all its assets, including its name. (Kontogiannis is currently serving time in federal prison, having been sentenced twice in recent years: in 2008 for laundering bribes for former Representative Randy "Duke" Cunningham, and in 2011 for orchestrating an enormous $98 million mortgage fraud.)

After the demise of Blue Ridge Farms, the company's production complex here in Cypress Hills was left vacant, and was the site of a huge seven-alarm fire in 2012. The burned-out factory is still standing today, a massive, forlorn monument to the downfall of a once-thriving business.