The tombs of Salem Fields 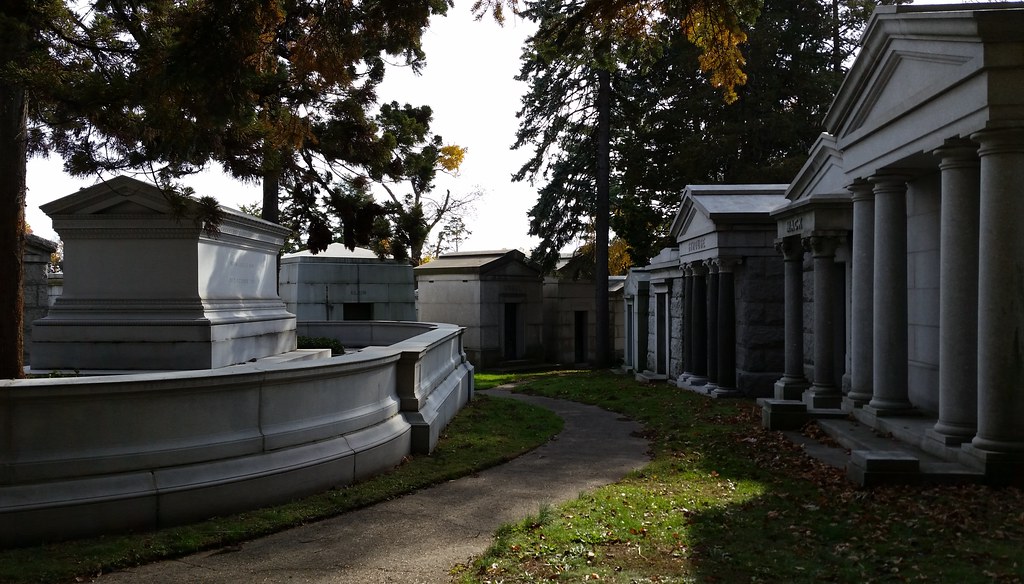 Among New York City's many grand cemeteries, Salem Fields is not particularly well known. But its western section is positively lousy with mausoleums — jam-packed to a degree I've never seen before.

At left, the tomb of Benjamin Altman, founder of the B. Altman & Co. department store and the charitable Altman Foundation, is reportedly a simplified version of the Alexander Sarcophagus (not to be confused with the tomb of Alexander the Great, despite what the previously linked article says).