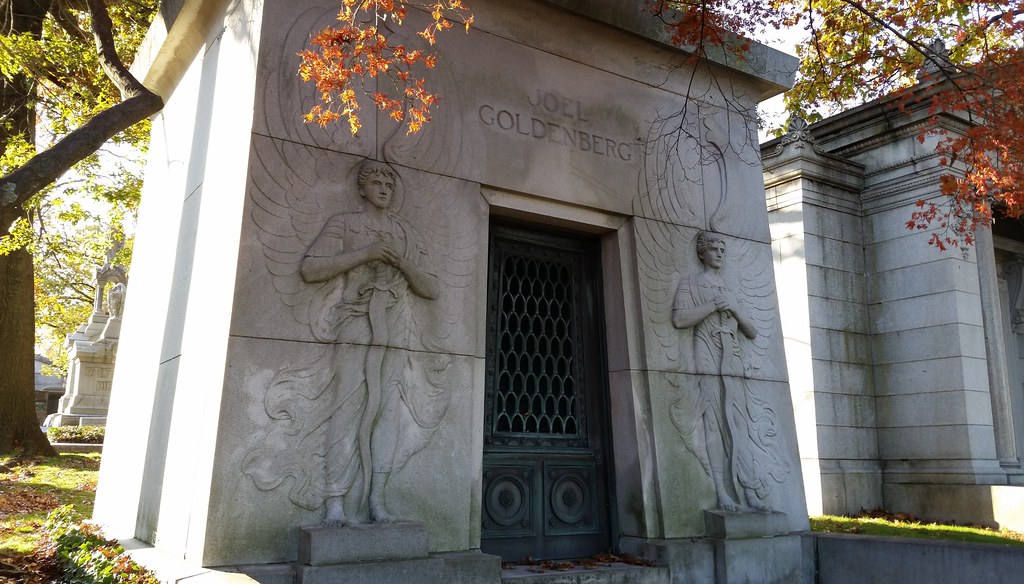 Joel Goldenberg was one of the original members of Goldenberg Brothers & Co., once one of the country's largest lace importing firms. His nephew Samuel Goldenberg, author of the illustrated Lace: Its Origin and History, was a Titanic survivor whose large canvas bag was reported by the NY Times to be the only piece of luggage saved from the ship and to have somehow never even gotten wet during the whole ordeal. Perhaps worried that people would assume he used his wealth to secure a spot on a lifeboat for his bag instead of another passenger, he wrote a letter to the Times explaining that he didn't save any of his luggage from the Titanic, but that he purchased the bag in question and all its contents once aboard the rescue ship.

Day 1211: Beneath the Clearview Expressway