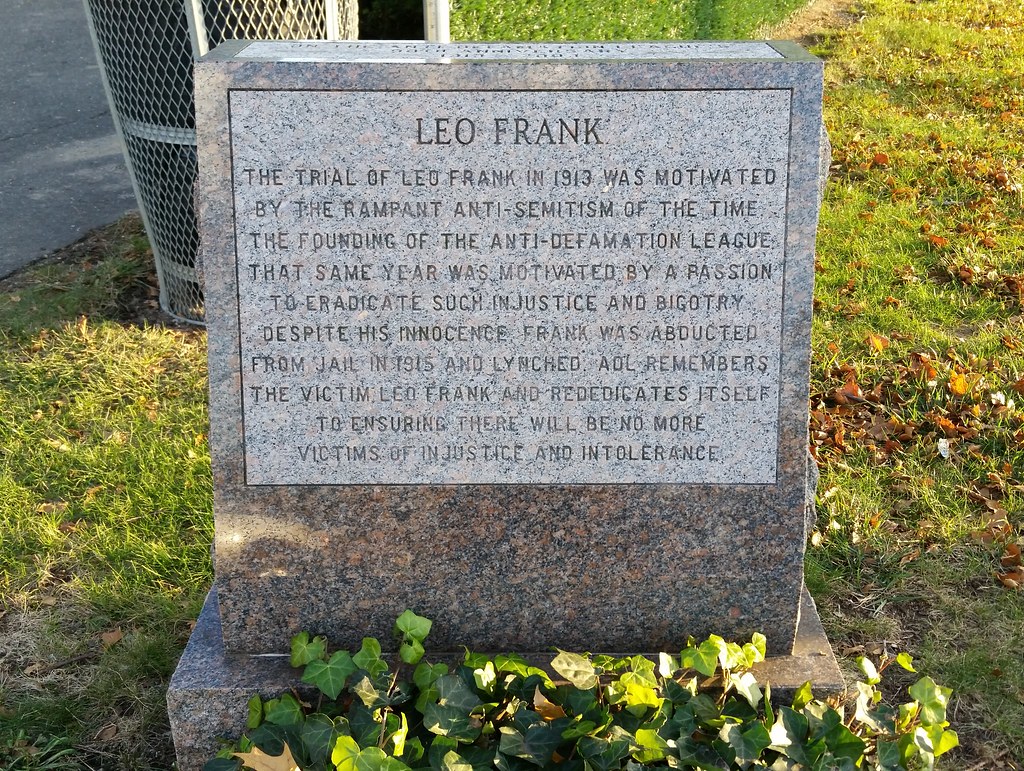 In 1913, 13-year-old Mary Phagan from Marietta, Georgia, was murdered at the pencil factory in Atlanta where she worked. The manager of the factory, a Jew from New York named Leo Frank, was put on trial, convicted, and sentenced to death, although it's now generally believed he was innocent. The case and its coverage in the press stoked anti-Semitic sentiment in the area, and when the governor of Georgia commuted Frank's sentence to life in prison in 1915, a mob organized by prominent citizens of Marietta abducted Frank from prison, brought him back to Marietta, and hanged him from a tree. His trial led to the founding of the Anti-Defamation League in 1913 and his lynching helped spark the rebirth of the Ku Klux Klan in 1915.

(The stone above was placed near the entrance of Old Mount Carmel Cemetery, but Frank's grave is located elsewhere in the cemetery.)