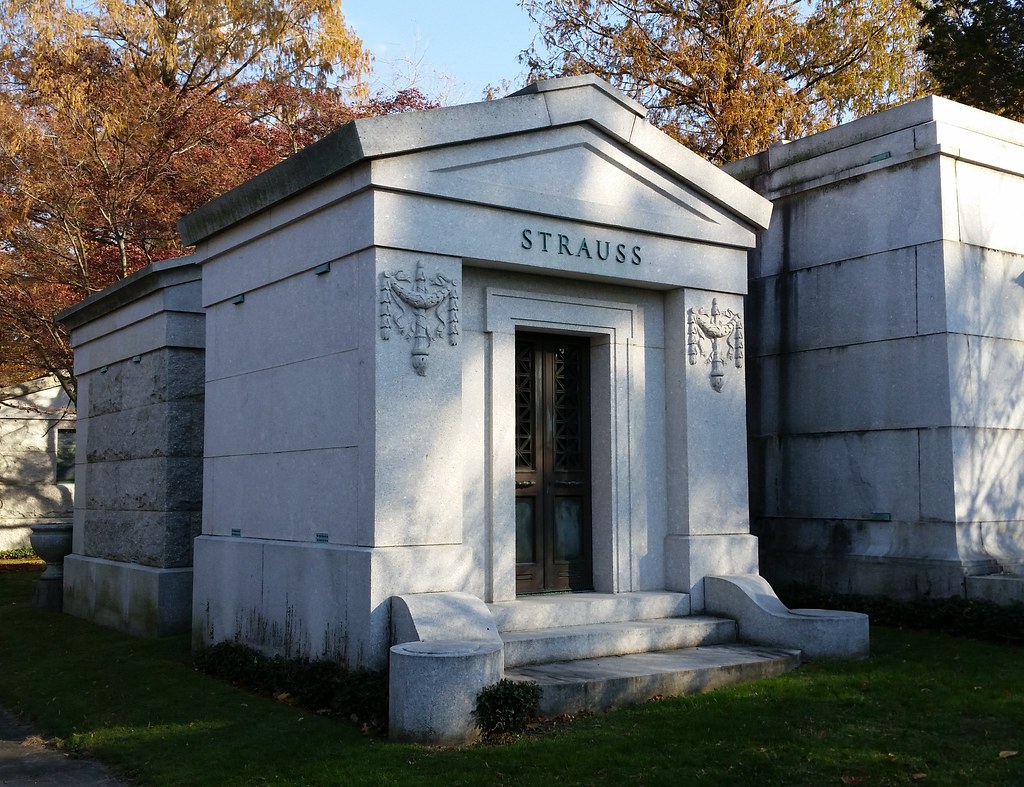 Two of the three Straus brothers, Oscar and Nathan, are buried here in Beth-El Cemetery. I was unable to find them — but I did come across this mausoleum with an extra S. As we've seen, the third brother, Isidor, is buried in an unusual tomb at Woodlawn Cemetery. He famously died aboard the Titanic with his wife Ida: he turned down a place in a lifeboat, seeing that there were still women and children on the ship, and Ida refused to leave his side.

Oscar, who served as Secretary of Commerce and Labor under President Theodore Roosevelt, was the first Jewish member of the US Cabinet. (He wasn't the first Jew to be offered a US Cabinet position, however. President Grant — who, by the way, had ordered the expulsion of all Jews from his military district during his time as a major general in the Civil War — asked Joseph Seligman to be his Secretary of the Treasury, but Seligman declined. And President Cleveland offered Oscar's brother Isidor the job of Postmaster General, then a Cabinet-level post, but Isidor turned him down as well. Oscar was also not the first Jew in America to serve in a Cabinet. That distinction belongs to Judah P. Benjamin, who held three different Confederate Cabinet positions.)

Nathan and Isidor were business partners and very successful merchants who came to own two major New York department stores: Macy's and Abraham & Straus. Nathan was also a noted philanthropist, and his signature cause was "pure milk". He suspected that many of the diseases killing large numbers of young children In the late 19th century were being contracted from contaminated raw milk. Starting in 1893, he and his wife Lina set up milk depots in the city to provide poor families with pasteurized milk at low cost. Their efforts were credited with playing a large role in the precipitous decline of the city's child mortality rate over the following 25 years, during which an estimated 240,000 children's lives were saved.