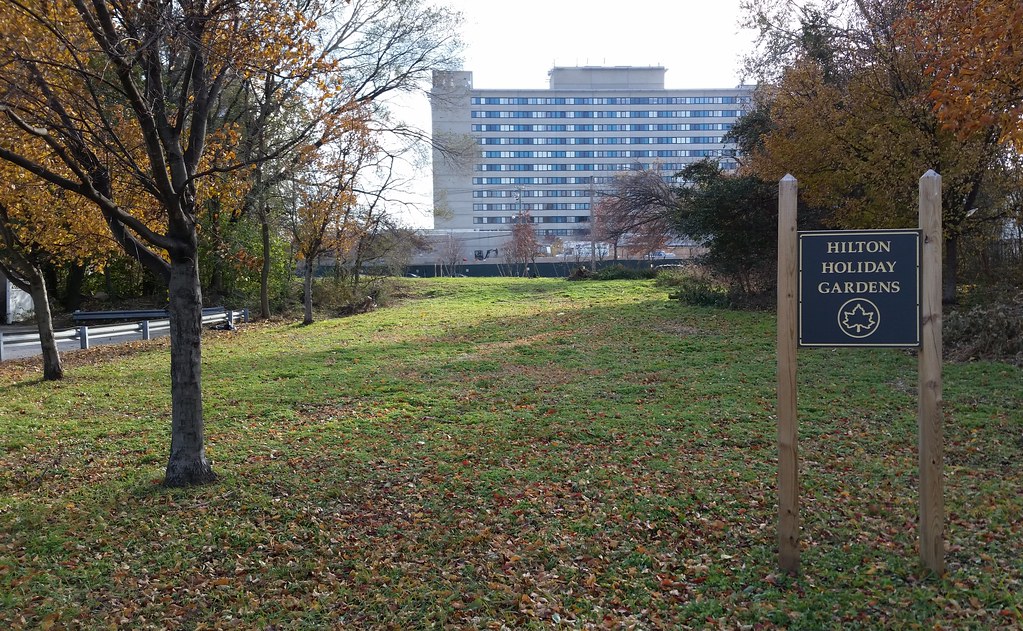 How did this little park near JFK Airport get its name? Well, if an NYC park has a strange name, there's a good chance that Henry Stern is the man who thought it up. For some time during Mr. Stern's reign as city parks commissioner (which ended in early 2002), the hotel in the background of this photo was a Holiday Inn, and there was a Hilton two blocks away. I'd guess that Mr. Stern just combined the names of the two nearby hotels and tacked on "Gardens" at the end for good measure.

It so happens that the former Holiday Inn (after first being rebranded as the International JFK Airport Hotel) became a Hilton in February 2012, but I doubt that had anything to do with how the park got its name, as Mr. Stern was no longer commissioner at that point. (It's hard to tell for sure in this Street View image, but it looks like the park already had a "Hilton Holiday Gardens" sign in 2007, when the hotel was still a Holiday Inn.) There's also now a Hilton Garden Inn located about half a mile away, but I think that's just a coincidence as well: the building was constructed between 2003 and 2005, after Mr. Stern's tenure.