Time for another round of… 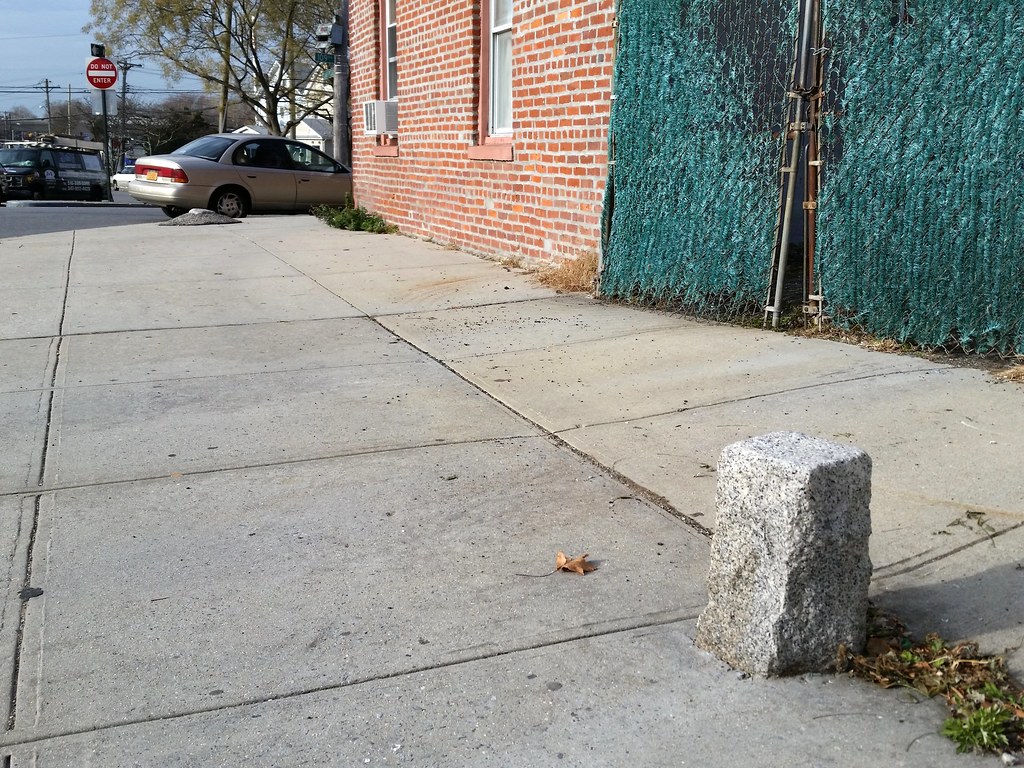 What's That Thing In The Sidewalk?

We actually have two things this time, here on 109th Avenue near 143rd Street in Jamaica: the little granite pillar in the foreground and a similar but shorter nub of granite surrounded by a blob of asphalt in the background (close-up). My best guess is that these stones were set here sometime in the 1910s or early 1920s to mark the property line when this section of 109th Avenue was built through a then-undeveloped piece of land that once belonged to the Van Siclen (or Sicklen) family. Near the bottom left corner of this 1909 map, you can see the property, labeled "A. Van Sicklen", before it was divided up by streets. By 1924, as this aerial image shows, the streets had been built, but the land was still undeveloped; the only house standing on the block pictured above at that time was an old Van Siclen dwelling (which still exists, as we'll see later in the day).