A good way to be taken seriously 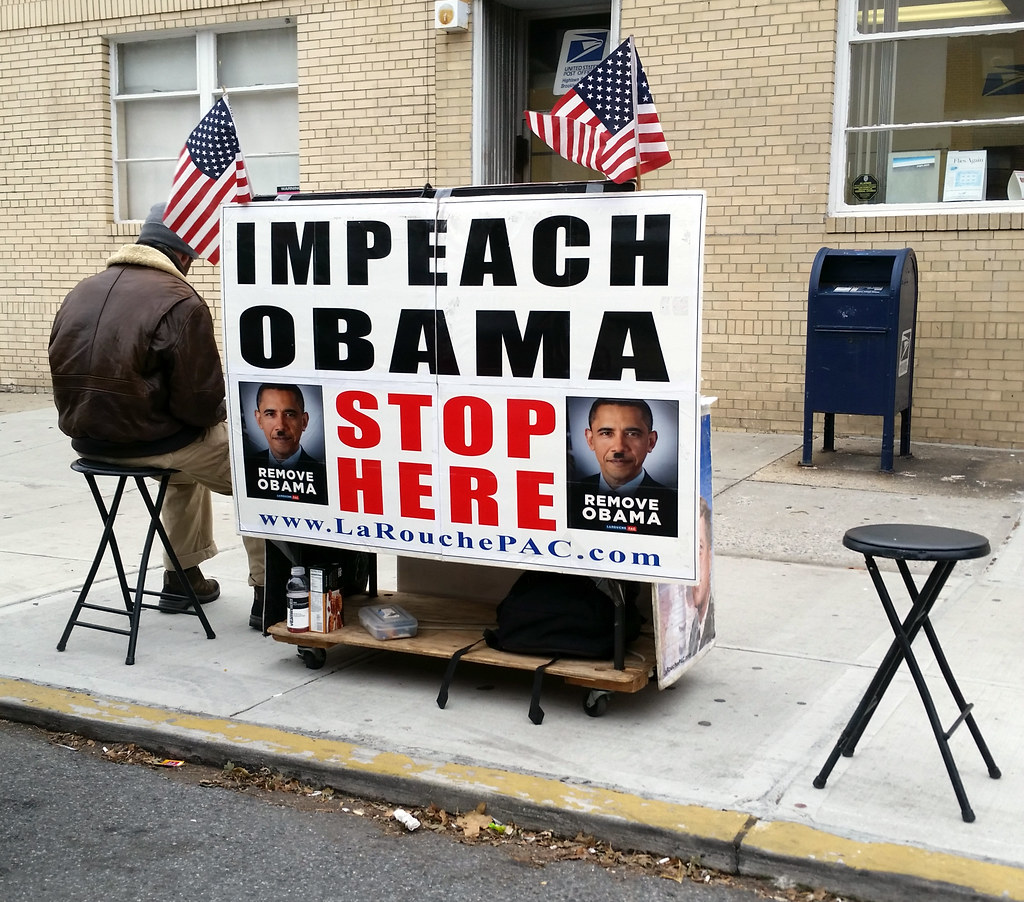 is to draw Hitler mustaches on your opponents.

For the last two decades Mr. LaRouche's followers have helped him play out his fantasy that he is the leader of a Platonic ''humanist'' elite battling a centuries-old conspiracy of oligarchs who are hellbent on subjugating the planet. Mr. LaRouche, who actually seems to believe the nonsense he spouts, hasn't had to work a day since he started running his weird show. All expenses are paid by his acolytes, who peddle tracts and magazines in airports and persuade elderly people to donate (or ''loan'') large amounts of money to fight the conspirators.

Lately it seems that the conspirators are winning. Earlier this year, Mr. LaRouche was sentenced to 15 years in prison on charges including mail fraud involving almost $300,000 in defaulted loans. Mr. LaRouche attributes his misfortunes to the conspiracy, an unlikely collection of collaborators said to have encompassed at various times Henry Kissinger, Timothy Leary, the K.G.B., the F.B.I., the Anti-Defamation League, the Rockefellers, Bertrand Russell, the British monarchy, Isaac Newton and Aristotle.