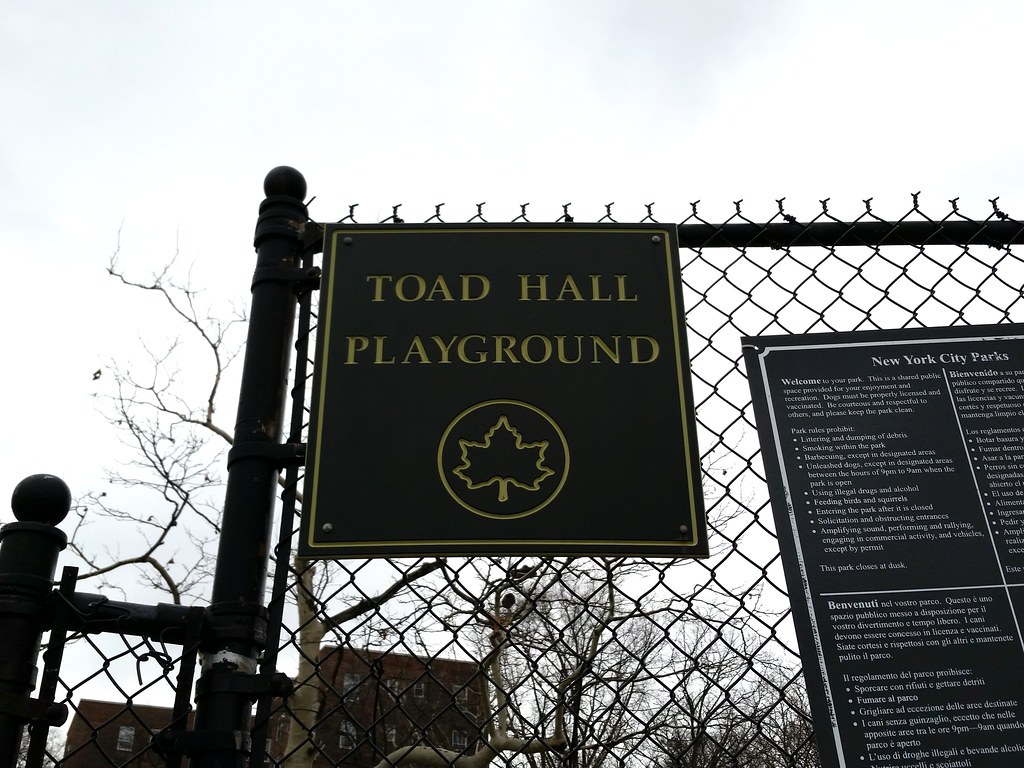 Next to the Todt Hill Houses, we find Toad Hall Playground — hmm, I wonder who came up with that name...

The playground was initially called Todt Hill Houses Playground, emphasizing its link to the housing project and the neighborhood. Commissioner Stern renamed it Toad Hall Playground in 1997, echoing both the former name and the place in Kenneth Graeme’s 1908 children’s classic The Wind in the Willows. This book chronicles the adventures of four friends - Toad, Mole, Rat, and Badger - who live along a river in the English countryside. . . . The Wind in the Willows has been a popular bedtime story for generations of children worldwide.

Mr. Stern loved to unleash his powers of free association on the nomenclature of the city's park system, but his efforts apparently ruffled some feathers in this case. According to a commenter on a photo essay about the Todt Hill Houses:

There is an ongoing issue which is the Todt Hill Playground was re-named Toad Hall Playground which many of us who lived there were very upset. I have spoken to the Borough’s office and were told that is was changed because the new name represents an old English background. what this has to do with the Todt Hill Houses is nothing more then someone’s ego to make changes that they were not a part of.