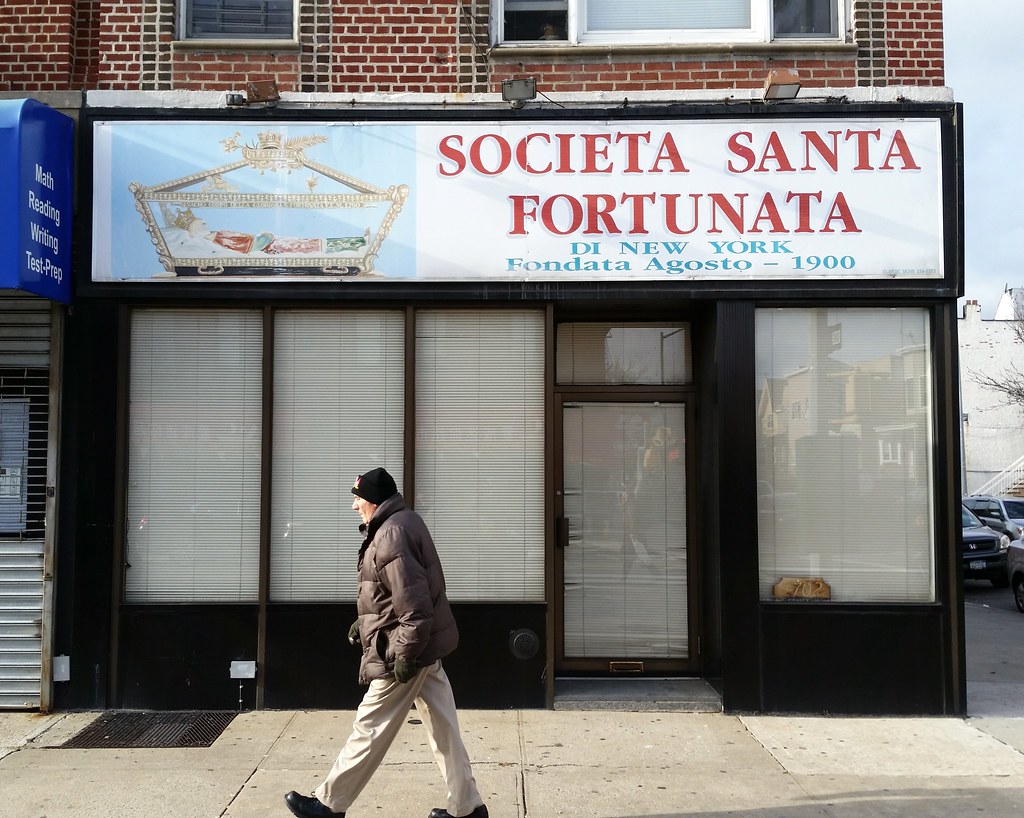 From a 2012 Brooklyn Daily article:

A Catholic martyr’s death came to life in the streets of Bensonhurst during the weekend of Sept. 29.

One hundred fifty members of the Societa Santa Fortunata di New York acted out the horrific killing of Saint Fortunata and bore a casket containing her likeness around the neighborhood on Saturday and Sunday — a tradition that has crossed the Atlantic from the tiny town of Baucina in Palermo, Sicily . . .

Santa Fortunata was a Christian woman living in the Roman Empire during the persecuting rule of the Emperor Diocletian. In the year 303 AD, Fortunata refused a proposal from the emperor’s son because she didn’t want to convert, and so the prince first threw her to lions, shot her with arrows, and boiled her in hot pitch. But Fortunata held onto life until her spurned suitor finally stabbed her in the head. Her remains were brought to Baucina from the mainland in 1790 — where her body is still used in the procession today — and immigrants brought her rite to Brookyn in 1900.

You can see photos from the most recent procession here.