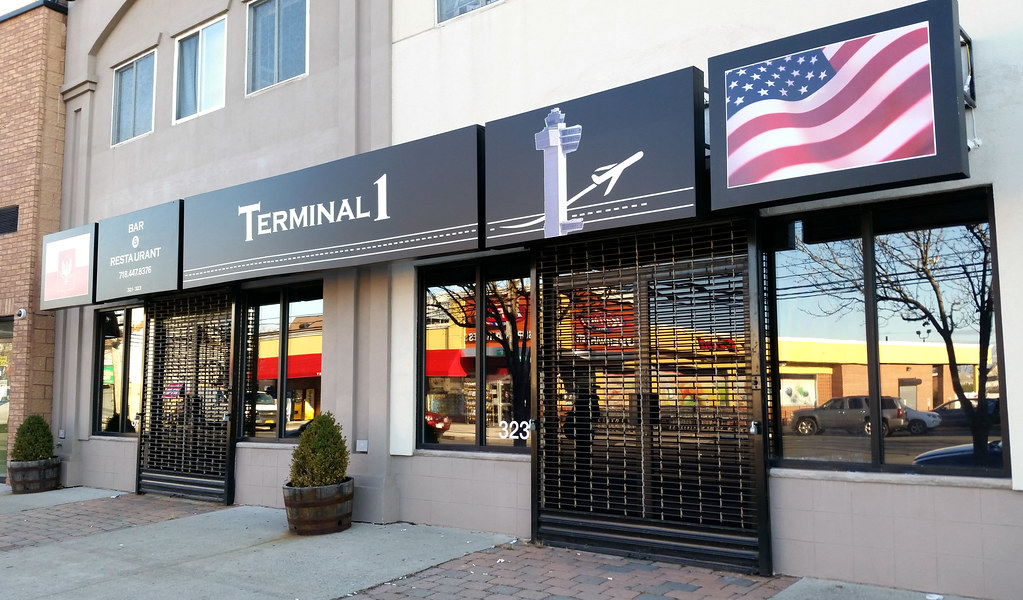 This is apparently Staten Island's only Polish restaurant.

That's JFK Airport's air traffic control tower depicted on the sign. JFK is more than 20 miles away by car, so I was surprised to see a restaurant here named after one of its terminals. But it turns out that LOT, Poland's national airline, operates out of JFK's Terminal 1, so I'd imagine that's where the name came from. (O'Hare in Chicago is LOT's only other US destination.)