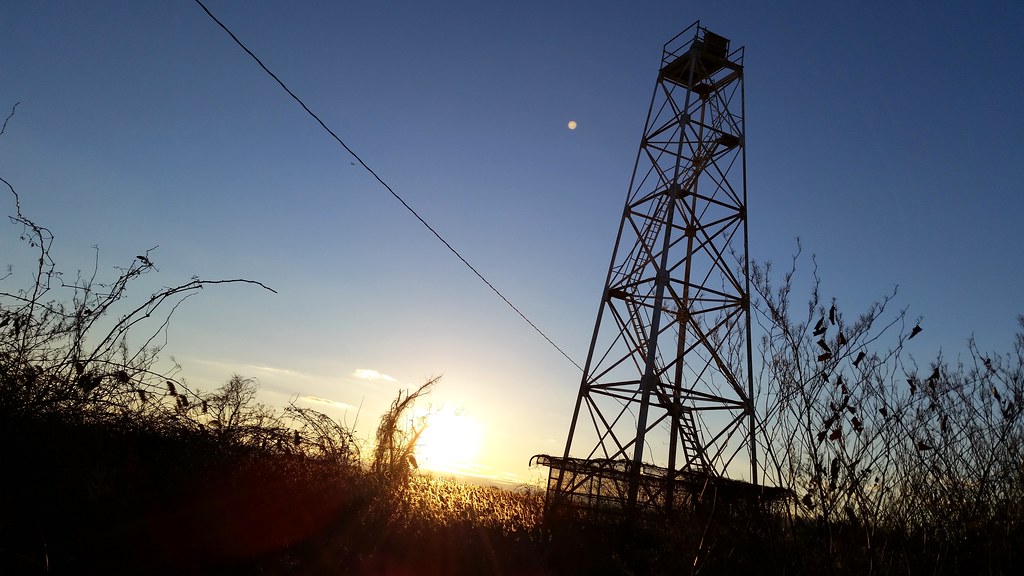 This marshside beacon (bird's eye view) serves as the front range light for the Swash Channel in Lower New York Bay. (The rear range light is located farther inland and at a higher elevation. When the two lights are aligned from a ship's point of view, that means the ship is correctly lined up with the channel and can safely proceed through it. Here's an example of what two aligned range lights look like.) The Elm Tree Lighthouse (which we saw earlier today) and the New Dorp Lighthouse served as the front and rear range lights, respectively, for the channel until 1964, when the tower pictured above became the new front light and the stately Staten Island Lighthouse, which was already in use as the rear light for the heavily trafficked Ambrose Channel, had a second light added to it so it could also function as the rear light for the Swash Channel.