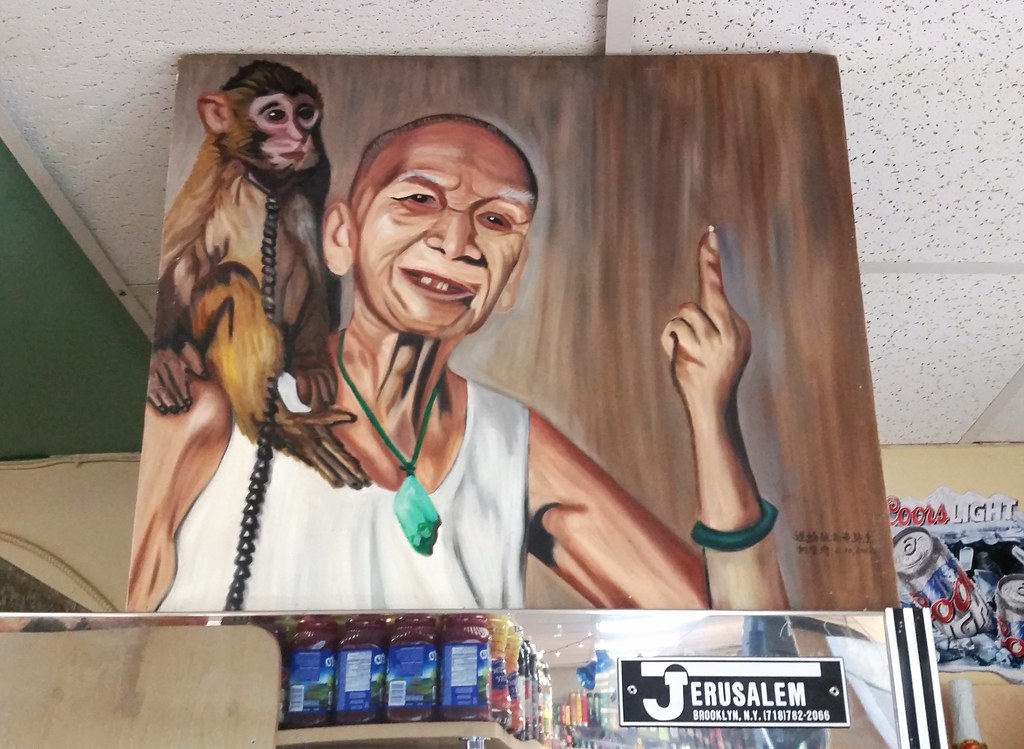 This excellent work of art can be found atop a refrigerator case at Guyon Market. I asked the guy at the counter who painted it, and he pointed to the old-timer (let's call him OT) standing next to me. OT told me he didn't paint it, but he acquired it when a friend of his, who had found it in the garbage, had to get rid of it because his wife didn't like it. But then OT's wife made him get rid of it as well, because she was worried that their grandkids would be negatively influenced by seeing the monkey owner's middle finger. OT thought it was a great painting though, so he brought it here to the deli, where he seems to spend a good amount of time hanging out and socializing.